Secretary General Jagland on official visit to Croatia on 17 April 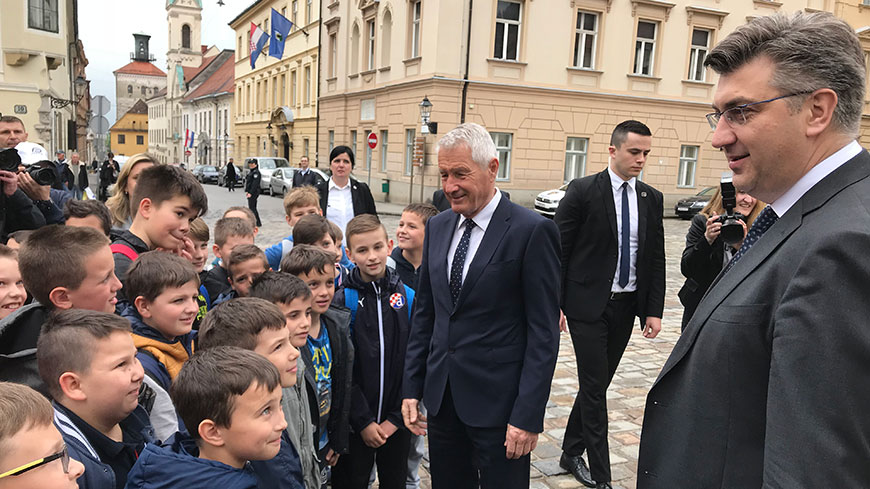 The Secretary General of the Council of Europe, Thorbjørn Jagland, is on official visit to Croatia on 17 April, where he met Prime Minister Andrej Plenković, the Deputy Prime Minister and Minister of Foreign and European Affairs, Marija Pejčinović-Burić,  and Deputy Speaker of the Croatian Parliament Željko Reiner.

Secretary General Jagland and Deputy Prime Minister Pejčinović-Burić made statements for the media on Tuesday at 10.15 a.m. at the Ministry of Foreign and European Affairs.

The visit takes place in the context of the upcoming Croatian Chairmanship of the Council of Europe Committee of Ministers.