Igor Dodon: “the Common House remains a project that inspires and mobilises” 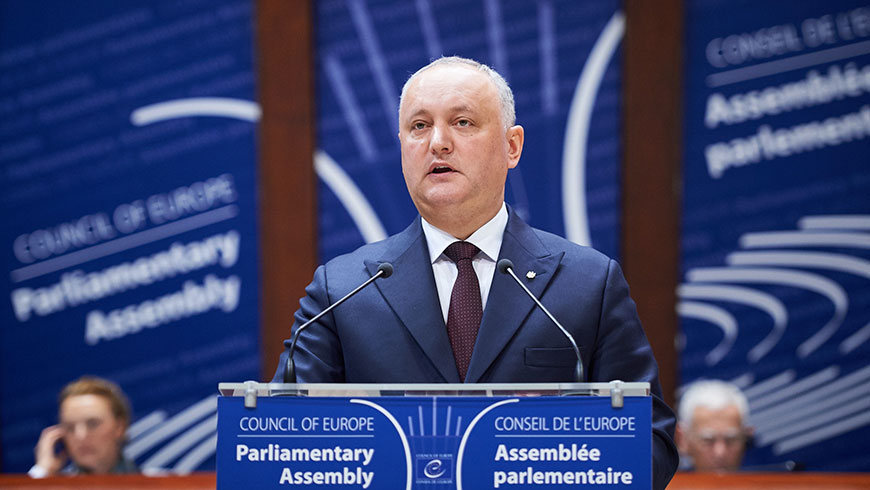 “Despite the uncertainties, the European project of the Common House remains a project that inspires and mobilises”, today said Igor Dodon, President of the Republic of Moldova, addressing the Parliamentary Assembly.

“We must be aware that, whatever the national specificity and the languages spoken, we only must act together, for the values that we share and for stability based on cooperation, human rights and the state by right. This is the way to strengthen European stability and security”, he added.

For the Republic of Moldova, Mr Dodon said, the impact of belonging to the Council of Europe for 25 years has been “an important step in strengthening the cause of democracy”. This has been felt through “a whole series of significant transformations – from the reform and adjustment of the constitutional normative framework, to the creation of institutions and the formation of a new mentality”.

Publication of the 2019 European data on prison populations