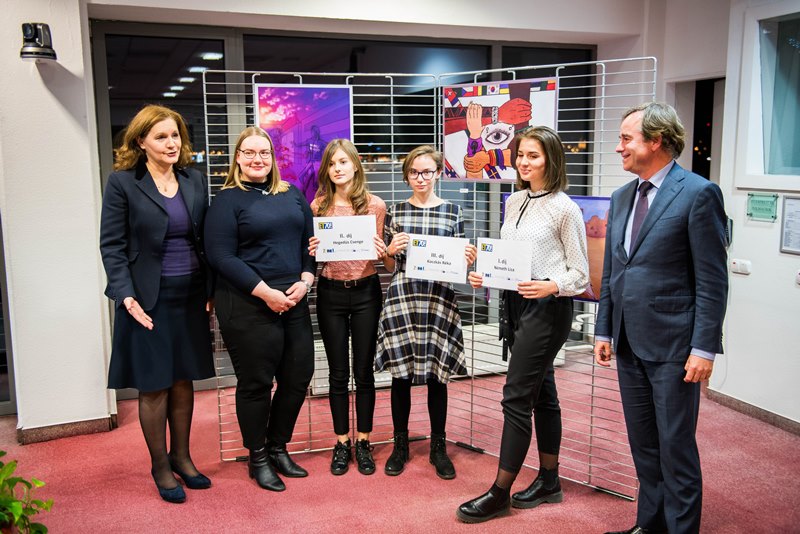 On the occasion of the 70th Anniversary of the Council of Europe a drawing contest for secondary school students in Hungary on the subject of defending human rights was organised. The contest was initiated by the Embassy of the Netherlands in Hungary in collaboration with the Finnish Cultural Institute FinnAgora, the European Parliament Liaison Office in Hungary and the European Youth Centre Budapest.

An award ceremony for the winning contributions was held during the annual EYCB Human Rights Day on 10 December 2019 in the presence of His Excellency, René van Hell, Ambassador of the Netherlands to Hungary and Gordana Berjan, the Executive Director of the European Youth Centre Budapest of the Council of Europe.

Article 2: The right to life (and freedom) 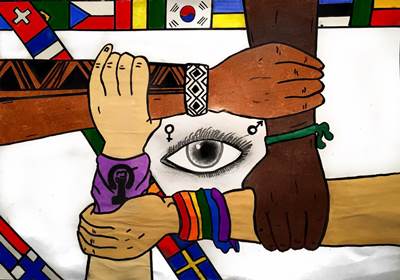 “The theme inspired me at first glance as I have sympathy for the weak, the sick and the helpless. I love helping them and doing voluntary work. That is why the sense of cooperation and togetherness mean so much to me. I believe that everyone is equal and we must help and protect each other. That is how we can have a better future.” 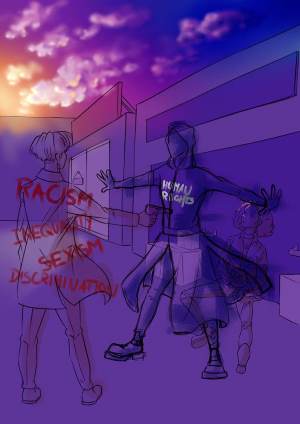 “When I first heard about the drawing contest from my art teacher, I immediately thought about what prejudices people have to face these days. The figure on the left represents these problems, and the one sitting on the ground on the right symbolizes those who are exposed to these prejudices often on no grounds. The figure standing in the middle is the embodiment of human rights to prevent such discrimination.” 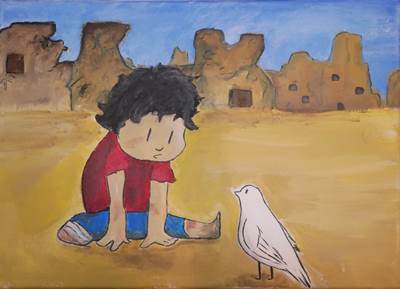 “The main aim of my work was to generate attention and emotions. The primary focus of the painting is on the fate of children and people living in war zones, in contrast to the ‘right for life, freedom and security’. These people live deprived of many other rights as well, and I do not think many of us actually feel the real burden of that.”