“In the 1970s, it was a very hostile environment”: New film marks 40 years of progress on LGBTI rights 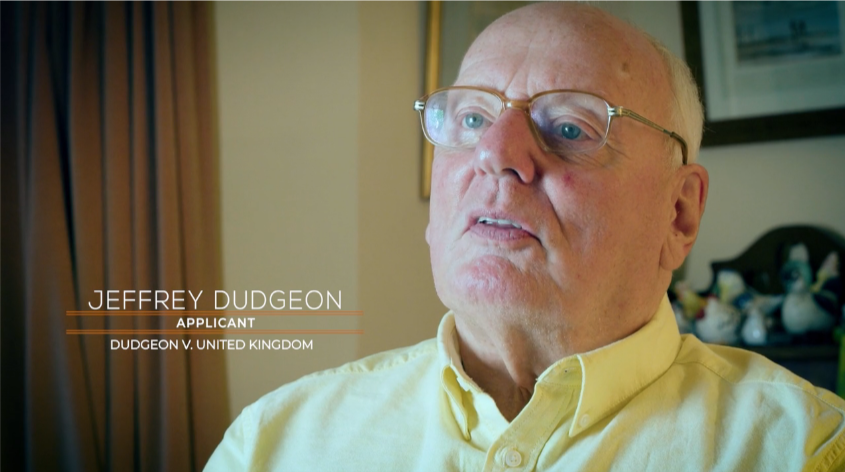 On the 40th anniversary of the landmark Dudgeon v. the United Kingdom judgment from the European Court of Human Rights, the 47-nation Council of Europe has published a set of videos on the case and its widespread impact on the rights of LGBTI people.

“In 1981, for the first time ever, the European Court of Human Rights ruled that homosexual relations should not be criminalised. This led to a major change in attitudes towards LGBTI people, starting with a change in the law in the UK and then spreading across the continent and further afield,” said Council of Europe Secretary General Marija Pejčinović Burić.

“However, we must not take this progress for granted. LGBTI people are facing growing challenges in many parts of Europe and we must stand firm against discrimination.”

Jeffrey Dudgeon was subjected to police raids, intrusive interrogation about his sexual activities and the confiscation of his personal property at a time when consensual same-sex relationships were illegal in Northern Ireland.

After he won his case at the European Court of Human Rights, homosexuality was decriminalised in Northern Ireland, the United Kingdom and eventually across the continent. The case has also influenced court rulings outside Europe.

The videos include interviews with Mr Dudgeon, other LGBTI activists, the United Kingdom judge at the European Court of Human Rights, Tim Eicke, and the Head of the Council of Europe’s Sexual Orientation and Gender Identity (SOGI) Unit, Eleni Tsetsekou.

They explain the background to the case, the position taken by the European Court of Human Rights and the importance of the judgment in helping to influence international standards and national legislation on LGBTI issues, as well as wider perceptions of homosexuality and gender identity.

Press release
“In the 1970s, it was a very hostile environment”: New film marks 40 years of progress on LGBTI rights

Background article: The 40th anniversary of a key European Court of Human Rights case that led to the decriminalisation of homosexuality