We present the first issue of the Almanac, which is dedicated to the First Kyiv International Forum on Roma Inclusion 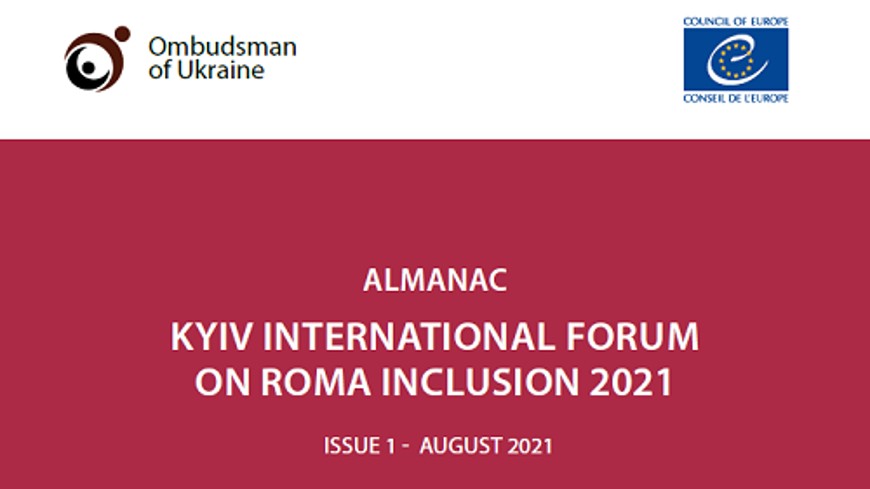 The Forum was held on 27 May 2021 at the initiative of the Ukrainian Parliament Commissioner for Human Rights Liudmyla Denisova with the support of the Council of Europe projects “Strengthening the Protection of National Minorities, including Roma, and Minority Languages in Ukraine” and “Strengthening access to justice for victims of discrimination, hate crime and hate speech”.

The Forum was attended by the Council of Europe Commissioner for Human Rights Dunja Mijatović, the Head of the UN Monitoring Mission for Human Rights in Ukraine Matilda Bogner, the Chairman of the Head Verkhovna Rada Committee on Human Rights, De-occupation and Reintegration of Temporarily Occupied Territories, National Minorities and Interethnic Relations Dmytro Lubinets, ombudspersons and representatives of equality bodies from 14 European countries, delegates from Roma NGOs.

The Council of Europe Commissioner for Human Rights Dunja Mijatović during the meeting emphasised the seriousness of the challenges of racism and discrimination against Roma communities, reaffirming the key role of human rights institutions in combating this phenomenon.

“Statistical and information invisibility is a key factor in discrimination against Roma. Both in Ukraine and in other European countries, the state authorities do not have complete and reliable data on the birth rate, mortality of the Roma population and living conditions”, - stressed Liudmyla Denisova.

Based on the results of the Kyiv International Forum, it was decided to publish an Almanac, which will be published quarterly.