Police officers, prosecutors and judges from the Republic of Moldova will improve their professional skills to combat hate crime 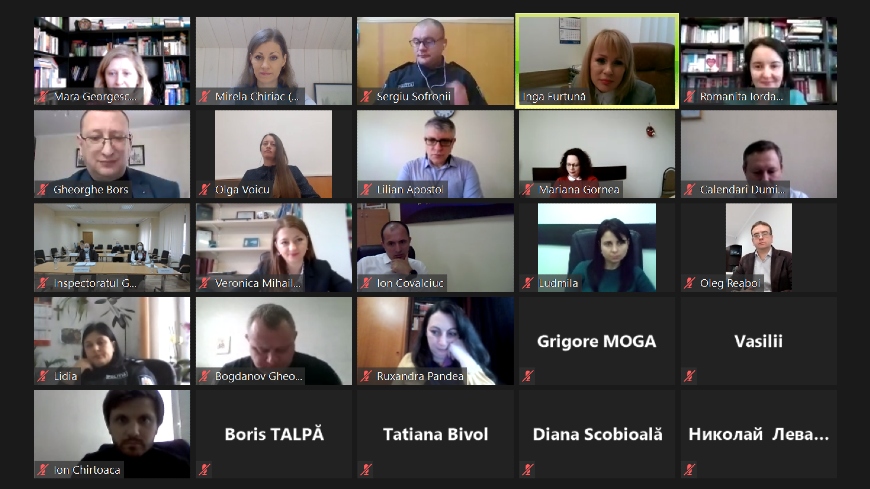 Combating hate crimes is a key issue for law enforcement and the judicial system and a key step in this process is the development of capacities of those involved, according to international standards and a coordinated approach.

On 1 March 2021, the regional project funded by the European Union and co-funded and implemented by the Council of Europe “Strengthening access to justice for victims of discrimination, hate crime and hate speech in the Eastern Partnership”, launched a training of trainers for 28 participants from the General Police Inspectorate, Office of the Prosecutor General, and National Institute of Justice, on the topic of hate crimes.

The need for inter-professional training in the field of combating hate crimes derives from the analysis that the above-mentioned project carried out, which involved also an inter-institutional strategic group, which was organised from October to December 2020.

The analysis, available in Romanian, highlights the competences needed by law enforcement and legal professionals on the topic of combating hate crimes and indicates that practice-based learning is key to developing the skills of police, prosecutors and judges in combating hate crimes.

The programme of the training will be carried out in three phases, using the newly published HELP course on “Hate crimes”, but also trial workshops with exercises, simulations, case studies, cascade training, and workshops for the development of trainer abilities of participants. By the end of the course, the group of participants will be equipped with tools to carry out trainings for their peers at local level.

The training of trainers is part of a number of capacity building activities in the Republic of Moldova, based, among others, on the needs identified in the latest country monitoring report of the European Commission against Racism and Intolerance.

This training course is organised by the Council of Europe in partnership with the General Police Inspectorate, the General Prosecutor’s Office and the National Institute of Justice, all of them beneficiary institutions of the project in the Republic of Moldova.