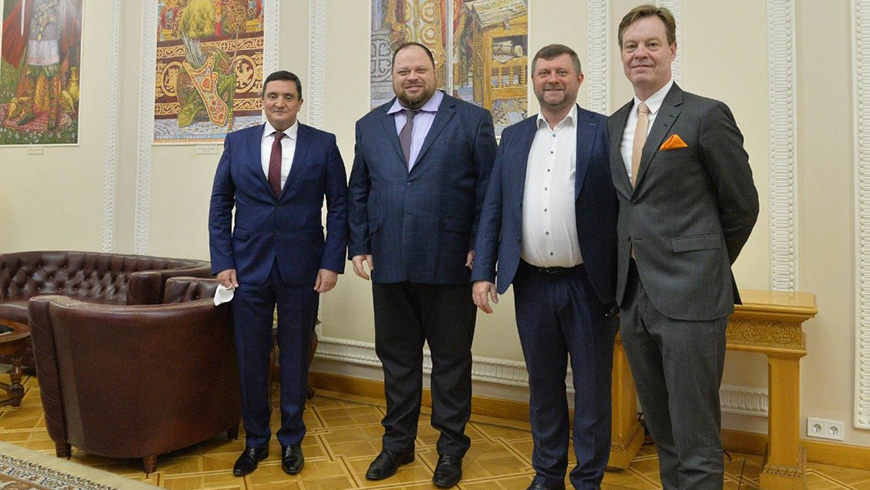 Ukrainian authorities welcome the continuous support of the Council of Europe in completing their decentralisation reform. In 2022, a milestone regarding the national legal framework should be reached, notably the adoption of long-awaited Constitutional amendments related to local self-government and public administration. Among the valuable and generous aid of international partners, the relevance of Council of Europe’s policy advice and technical assistance is unique. The Council of Europe, in turn, remains available and committed to assisting Ukraine upon request from the national authorities.

Mr Popescu also joined a press conference dedicated to the proposed draft pieces of legislation relating to the State representation at sub-national levels, and presented two legal opinions and recommendations produced by the Council of Europe.

“Decentralisation is one of the reforms in Ukraine that has progressed well, at some stages surprisingly well. And we believe that it will be an inspiration and example for other reforms in your country. I am confident that when this reform is completed, it may be presented as a best practice to other countries. I hope that by the end of 2022 the legislative part of the reform will be completed, and this, I must say, is a record in time”, underlined Mr Popescu during the meeting at the Ministry.

During the discussions with the Ukrainian authorities, specific attention was paid to the plans of the Parliament and Government on the implementation of the decentralisation reform as well as their needs: in particular, where the Council of Europe’s advice and assistance could further contribute to the reform’s success, and how to align the next stages of the reform with European standards and good practices.

The mission was organised by the Centre of Expertise for Good Governance of the Council of Europe through its Programme “Enhancing decentralisation and public administration reform in Ukraine”, upon invitation of the national partners in Ukraine.