Don’t let others choose for you. Make your own choice! VOTE! 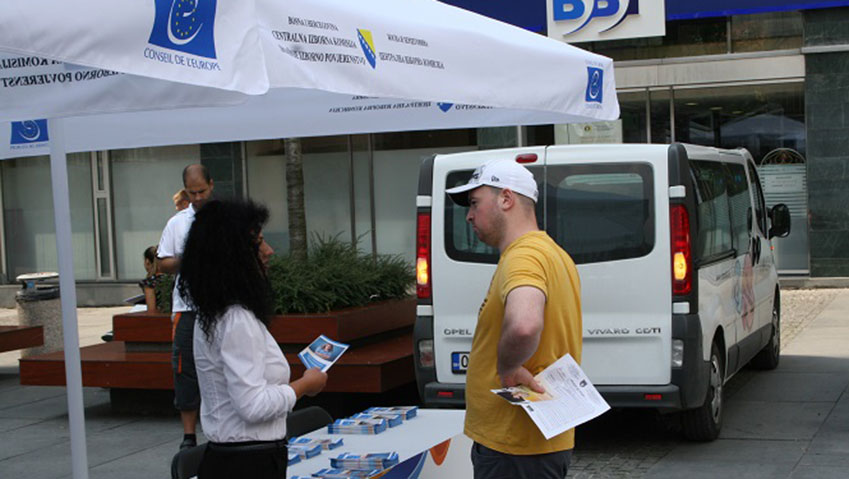 With the support of the Council of Europe’s electoral assistance program the Central Election Commission in Bosnia and Herzegovina launched at the beginning of September 2016 a nationalwide information campaign targeting women, elderly people and national minorities to participate actively in the electoral process.

With slogans like Every vote is equal. National minorities are not less worth! VOTE!, Don’t let others choose for you. Make your own choice! VOTE!  or Let’s be a true example to future generations, because we make almost one fifth of the electorate in Bosnia and Herzegovina! the CEC calls this most vulnerable groups of society when it comes to elections, to participate actively and exercise their right to cast the vote.

The campaign will be implemented throughout September in 10 major cities of Bosnian and Herzegovina with information stands, mobile electronic billboards and massive distribution of information folders.

Parallel to the awareness raising campaign of the Central Election Commission, Council of Europe supports specific training programs on elections for women, members of Roma communities and elderly people as well as capacity building activities for female candidates and Roma candidates to Local Elections October 2016 in Bosnia and Herzegovina.