Annual meeting of the Congress Group of Independent Experts 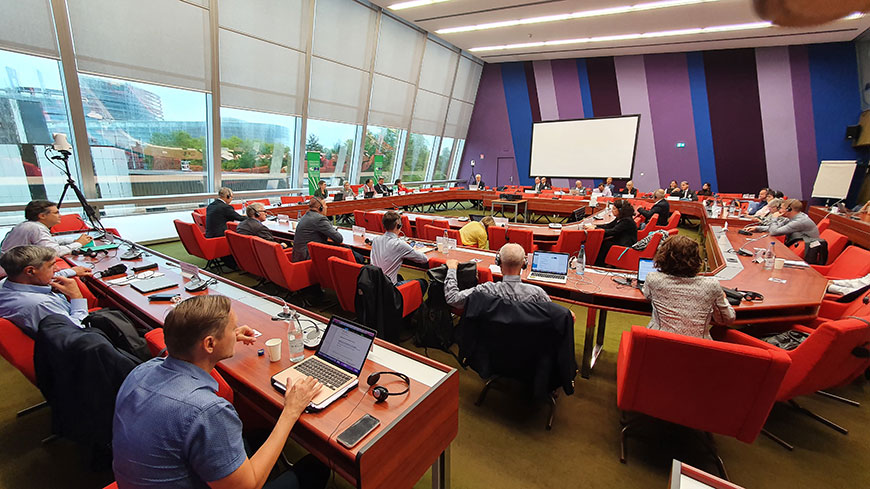 The Congress Group of Independent Experts on the European Charter of Local Self-Government (GIE) held its annual meeting in Strasbourg, France, on 15 and 16 September 2022.

The members of the GIE discussed the application of the European Charter of Local Self-Government in the presence of the Chair of the Congress Monitoring Committee, Gudrun Mosler-Törnström (Austria, SOC/V/DP), as well as the Congress' activities in the observation of local and regional elections. Following the adoption of a series of reports on recurrent electoral issues, a new series of publications entitled "Democratic Elections" will be launched at the 43rd Session (25-27 October 2022).

Furthermore, in the context of the war in Ukraine, an analysis of the conformity of martial law in times of armed conflict with the provisions of the European Charter of Local Self-Government was presented to the GIE members.

Other topics included the Congress report on human rights and the environment, which will be submitted for adoption at the next Congress session, as well as digital transformation in European local governments, deliberative democracy with the experience of the Dublin Citizens' Assembly, the GIE study on the direct election of mayors, the fight against hate speech and fake news, and the draft revision of the European Urban Charter II - Manifesto for a new urbanity in the context of major crises.

On the occasion of the 10th anniversary of the entry into force of the Additional Protocol to the Charter on the right to participate in the affairs of a local authority, an overview of the application of the Protocol in member States was presented to the members of the GIE.

The GIE brings together experts from each of the 46 member States of the Council of Europe who are competent in the field of law, politics and finance and specialise in issues relating to local and regional democracy. They provide legal assistance to the Congress within the framework of its political mission, and are involved in its Monitoring, Current Affairs and Governance Committees.