français
Presented on Wednesday 24 March by new Congress President Leendert Verbeek (Netherlands, SOC/V/DP), the report on ensuring compliance with the European Charter of Local Self-Government in major crisis situations perfectly captures the concern of Congress members, who are confronted daily with the consequences of COVID-19 in their towns and regions.
40th Session Strasbourg, France 24 March 2021 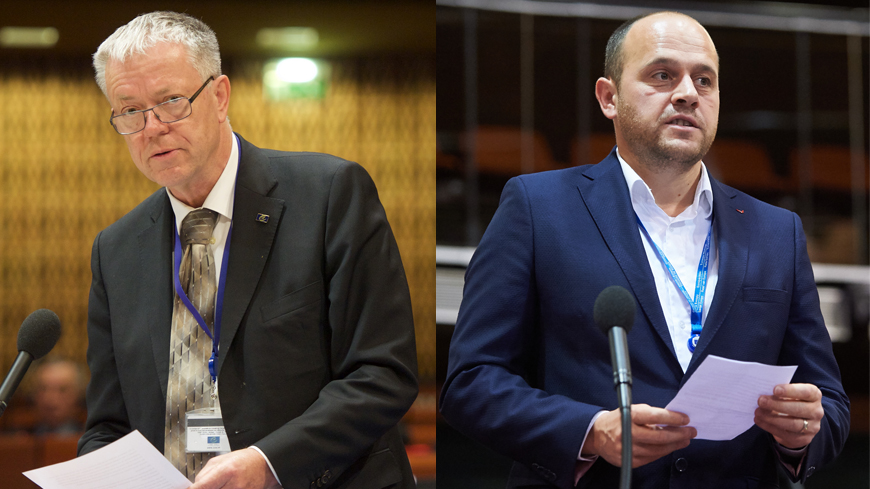 Unimaginable just 15 months ago, the pandemic has rapidly led, as in other major crises, to tighter controls and increased pressure from some central governments at local and regional level. Leendert Verbeek detailed the "negative consequences" of the pandemic on local self-government in general. They include increased administrative oversight and restrictions on local resources, and have had a dampening effect on citizens’ participation in local and regional politics and on consultations with local and regional authorities in matters concerning them. Very often, although not everywhere, the pandemic has led to a real recentralisation of competences: "this should only be temporary, not permanent," warned the Congress President. He also expressed concern at the worsening inequalities between territories, especially urban and rural, with the most touristy regions being particularly hard hit.

The debate, which covered a lot of ground, confirmed the general observations made in Leendert Verbeek's report, with participants citing numerous specific and varied examples.

Vincenzo Bianco (Italy, SOC/V/DP) spoke out against "suffocating bureaucracy and overly frequent controls", at a time when municipalities were unable to use their resources as they wished. Marc Cools, (Belgium, ILDG) believed the lockdowns were damaging to local democracy and was particularly concerned about the impact of the crisis on citizens' participation in public life. Rafet Vergili (Turkey, ECR) said that the report would "serve as a reference in times of crisis" but that he would like to see more safeguards around the exercise of the right to vote, and also the rights of elected officials, during periods of crisis. Thibaud Guignard (France, EPP/CCE) also deplored the fact that "the crisis has hit the principles of the Charter hard and led to local participation being put on hold". He was particularly concerned about infringements of individual freedoms and raised the recurring issue of whether or not to proceed with local and regional elections.

The way out of the crisis also lies through local authorities

Although the crisis has taken its toll on local authorities, Heather Brannan McVey (United Kingdom, SOC/V/DP) was confident they would be at the forefront of the recovery that followed. She therefore called for solutions and resources to meet this challenge, pointing out that in Scotland, local and regional authorities remained under-utilised. Peter John (United Kingdom, SOC/V/DP) agreed that all countries had lacked experience at the start of the crisis, but felt that central governments might have made fewer mistakes if they had listened more closely to local authorities. The lengthy dithering between national and local levels over the wearing of masks was a case in point. In any case, Congress members agreed that these were tangible lessons to be learned from the current crisis.

The pandemic has also led to new ways of working, especially online. The Congress has likewise adapted and sought alternative ways to carry on its statutory activities. "We have not been idle this year, between the remote monitoring of the application of the Charter and the election observation missions," said Leendert Verbeek, and we have "found alternative ways that work to continue the political dialogue with the authorities in member states." Vsevolod Belikov (Russian Federation, EPP/CCE) stressed the growing importance of online exchanges and electronic voting in local elections, especially in his country. While most of the members who took part in the debate, and in particular John Warmisham (United Kingdom, SOC/V/DP) and Gudrun Mosler-Törnström (Austria, SOC/V/DP), noted the value of these new technologies, they can never replace on-the-spot missions and face-to-face meetings, as Bryony Rudkin (United Kingdom, SOC/V/DP) pointed out.

After the debate, the Congress unanimously adopted the Resolution and the Recommendation based of the report.