John Warmisham: "We, as local and regional elected representatives, have a particular responsibility for the inclusion of Roma and Travellers" 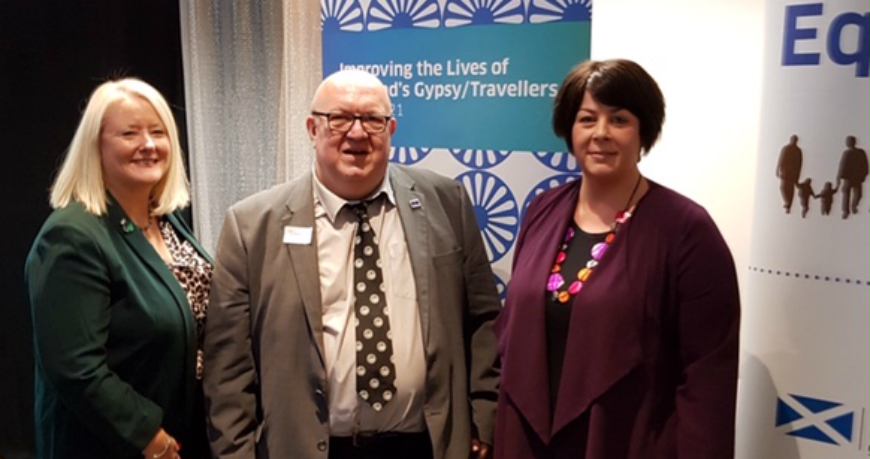 As part of the launch of the Scottish Government and COSLA Joint Action Plan, Congress Vice-President John Warmisham participated in an event entitled "From Words to Action: Improving the Lives of Gypsies and Scottish Travellers" in Edinburgh on 9 October 2019. Mr. Warmisham presented the actions implemented by the Congress in favour of the inclusion of Roma and Travellers, which are being developed around four axes.

The European Alliance of Cities and Regions for Roma Inclusion, initiated by the Congress, which now includes more than 120 cities. It aims to create national networks between mayors to exchange experiences and good practices.

The Congress also promotes the Declaration against Anti-Gypsyism, a text that allows local and regional elected representatives from the 47 member states to take a stand against discrimination against Roma. To date, it has been signed by 122 local or regional elected officials from 34 countries.

In addition, the Congress Dosta! Prize is awarded every two years to three municipalities from Council of Europe member States that have implemented initiatives to ensure the long-term integration of Roma.

Finally, the Congress has published a Manual on human rights for local and regional elected representatives, which includes a chapter on Roma rights. It set out the legal framework and the role that local and regional authorities can play, as well as the good practices implemented in member States.

"All these actions are based on the conviction that the action must be taken at the closest level to the citizens. We, as local and regional elected representatives, have a particular responsibility to ensure that discrimination is combated and that Roma rights are implemented," concluded the Vice-President of the Congress.