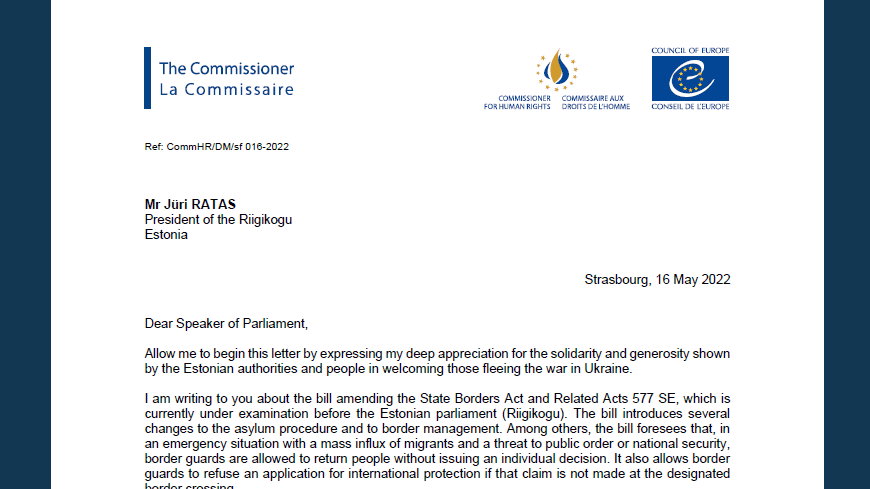 In a letter addressed to the President of the Estonian Parliament published today, Commissioner Mijatović called on parliamentarians to amend a bill which would, among other things, allow pushbacks in situations of emergency with a mass influx of migrants, and to ensure that it fully complies with Estonia’s human rights obligations.

Recalling her recent Recommendation on putting an end to pushbacks in Europe, the Commissioner stressed that carrying out individual assessments remains a crucial tool for securing effective protection against refoulement, as well as for upholding other rights of refugees, asylum seekers and migrants. The Commissioner also stressed that designating certain border crossings as the only ones where asylum applications can be filed should not lead to violations of member states’ obligations under human rights instruments. Other concerns about the bill include the lack of suspensive effect of appeals against a decision to immediately return.

Having expressed her deep appreciation for Estonia’s solidarity and generosity in welcoming people fleeing the war in Ukraine, the Commissioner stressed that the commitment to upholding their human dignity and to fair treatment should be extended to all people arriving at member states’ borders with the same protection needs, regardless of their background or the manner of their arrival.