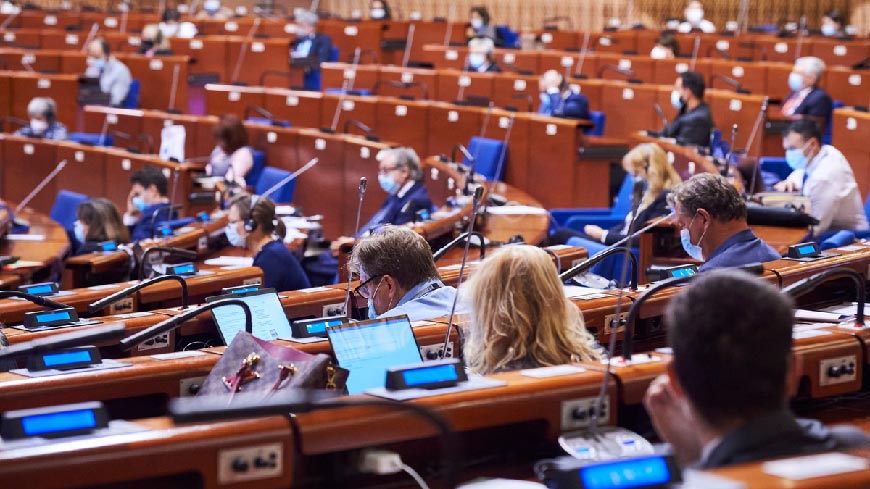 Debates on combating rising hate against LGBTI people in Europe and on alleged violations of their rights in the Southern Caucasus, on business and values in football governance – with an intervention by FIFA President Giovanni Infantino – on the poisoning of Alexei Navalny, and on the role of the media in times of crisis, are among highlights of the 2022 Winter Session of the Parliamentary Assembly of the Council of Europe (PACE), to be held from 24 to 28 January in hybrid format.

On 27 January the Assembly holds a special event to mark the International Day of Commemoration in memory of the victims of the Holocaust, with the participation of French Education, Youth and Sports Minister Jean-Michel Blanquer, and video speeches and video messages from survivors. The event will be followed by a debate on the Observatory on History Teaching in Europe.

Also on the agenda are debates on the EU pact on migration and asylum seen from a human rights perspective, the right of children to be heard in a democracy and on climate change, enforced disappearances on Council of Europe territory, and the functioning of democratic institutions in Armenia.