Rules of conduct to follow by all Armenian public servants adopted and presented in Yerevan
Yerevan, Armenia 4/07/2022 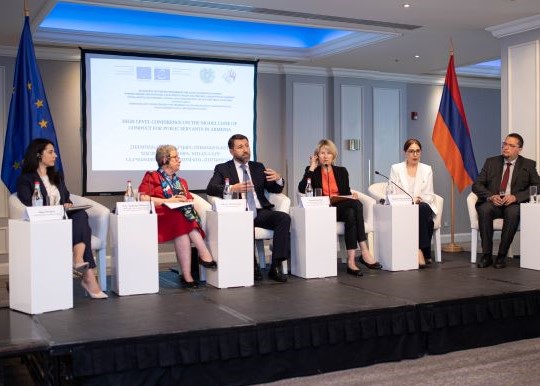 The purpose of this high-level event was to present and publicise the final version of the Model Code highlighting its importance in the development of the corruption prevention system of Armenia, and to promote the next steps – namely: the adoption of specific codes of conduct by all institutions, as well as associated guidance and training, for an effective implementation of the rules and systematic promotion of ethical practices at all levels of public service.

The Minister of Justice of the Republic of Armenia, the Ambassador of the European Union to Armenia, and the Executive Secretary of GRECO and Head of the Action against Economic Crime Department of the Council of Europe made keynote speeches, where they highlighted the importance of this area of work, and Armenia’s commitment to progress further with an effective anti-corruption system in line with European standards.

Participants in the event, who included over sixty representatives from parliament, public authorities, the judiciary and civil society, also benefited from interventions describing the experiences of other countries with the adoption and implementation of rules and codes of conduct as key parts of the national anti-corruption system. In particular, the Deputy Minister of Justice of Albania shared the experience of Albania and other countries in this regard.

The development, promotion and guidance on the Model Code of Conduct is envisaged in the Armenian Public Service Law as part of the Corruption Prevention Commission’s mandate. Furthermore, the adoption of codes of conduct for public officials is one of the recommended actions by the Group of States against Corruption (GRECO).

The adopted Model Code of Conduct for Public Servants in Armenia was developed through the cooperation between the Corruption Prevention Commission of Armenia (CPC) and the Council of Europe within the framework of the PGGII Project on “Strengthening institutional capacities to fight and prevent corruption in Armenia”. The model code is the result of a long process of public consultation, modifications, and official approvals, which began in 2021. The process of finalisation of the Model Code was facilitated by a public conference on corruption prevention, integrity and codes of conduct held in February 2022, and included extensive national consultation, the outcomes of which were taken into account in the endorsed version of the Model Code.

The Council of Europe through the PGGII project will continue supporting the Armenian authorities in the implementation of the Model Code of Conduct for Public Servants, including the further adoption of specific Codes of Conducts for different categories of officials and related guidance and training. 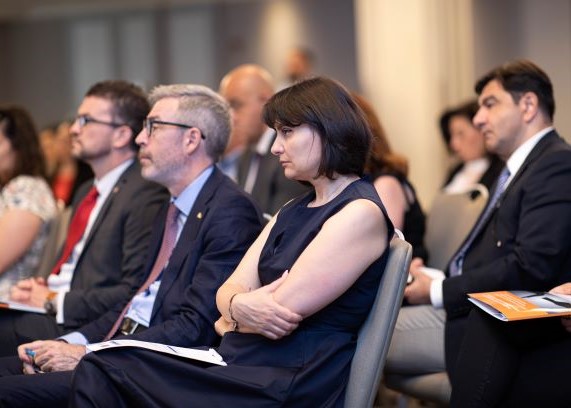