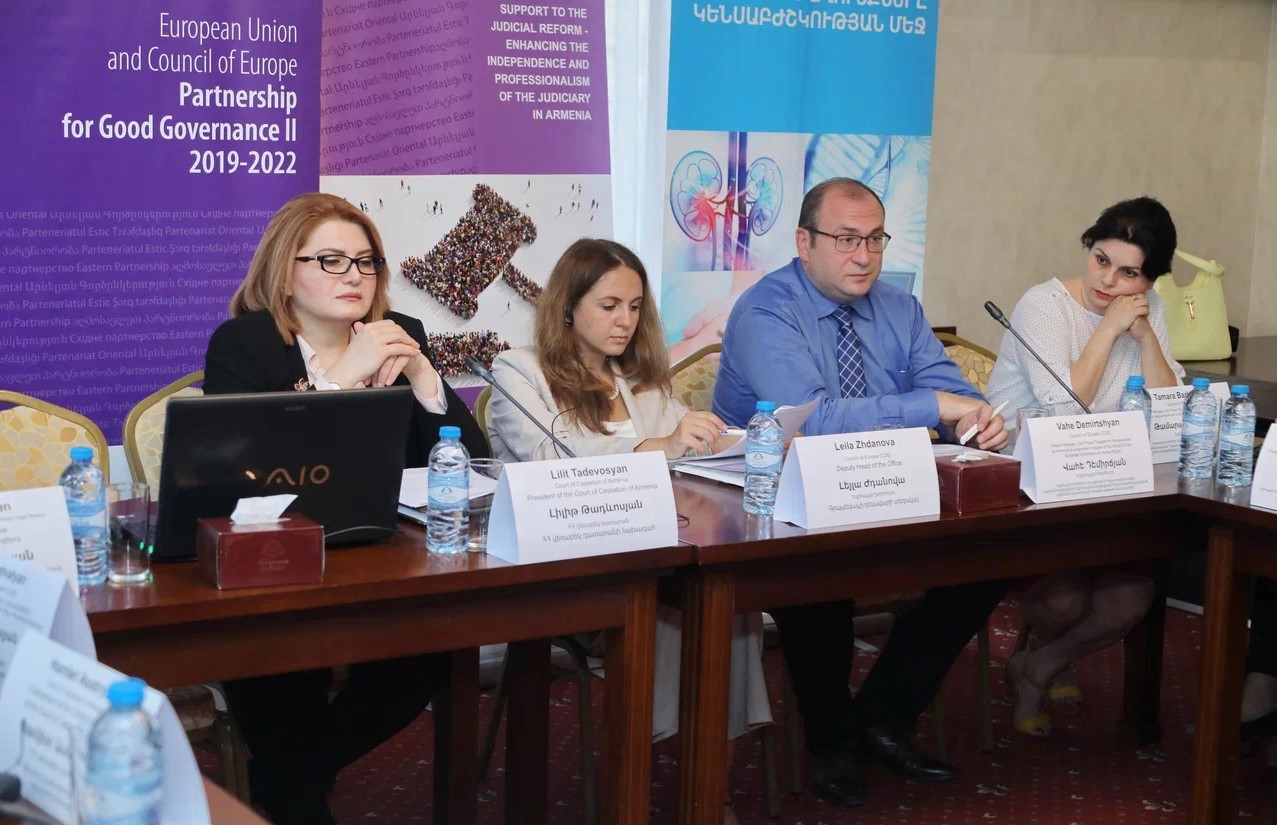 On 17 and 18 June 2022, the President and the judges of the Court of Cassation, Supreme Judicial Council member, Representation of Armenia on International Legal matters, representatives from the Ministry of Justice, the Human Rights Defender’s office, the Ministry of Health, the Guardianship and Trusteeship bodies, international and national consultants of the Council of Europe and civil society organisations of Armenia had the opportunity to discuss the right of access to court for persons being declared as legally incapable as a result of mental disorder based on the case law of the European Court of Human Rights.

The participants overviewed the case law of the European Court of Human Rights (ECtHR) and recommendations deriving from the judgments of the ECtHR presented by the international experts of the Council of Europe, as well as proposals of the Council of Europe local consultants on the issue of access to court for the persons being declared as legally incapable. They also discussed the issues in the context of the national law and practice, as well as practical challenges encountered.