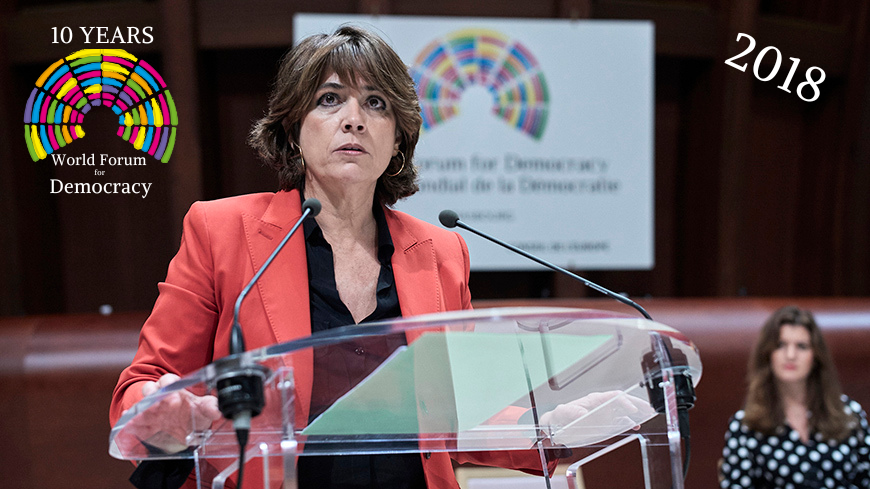 "When one woman goes into politics, her life changes, but when many women go into politics, politics changes. As a result, the Spanish government has made gender equality one of its goals”, said the Spanish Minister of Justice at the opening session of the World Forum for Democracy 2018 on gender-based equality.

“Gender violence is the most extreme form of inequality between women and men. The aim is to eliminate this violence”, she said, adding that democracy remains incomplete without policies aimed at eradicating inequalities.

In this connection, Ms Delgado emphasised the important role of the Council of Europe Gender Equality Strategy (2018-2023) in preventing and combating gender stereotypes and sexism, and the positive impact of the Istanbul Convention on law and policies concerning violence against women and domestic violence. It was also crucial to guarantee equal access to justice, ensure balanced participation in political and public decision making, protect the rights of women and girl migrants, refugees and asylum-seekers, and incorporate a gender dimension into all policies. 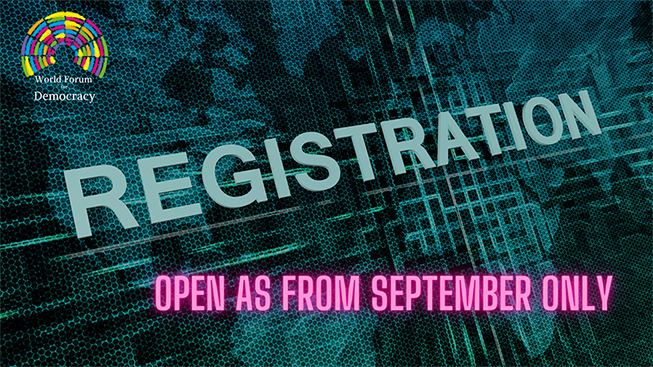