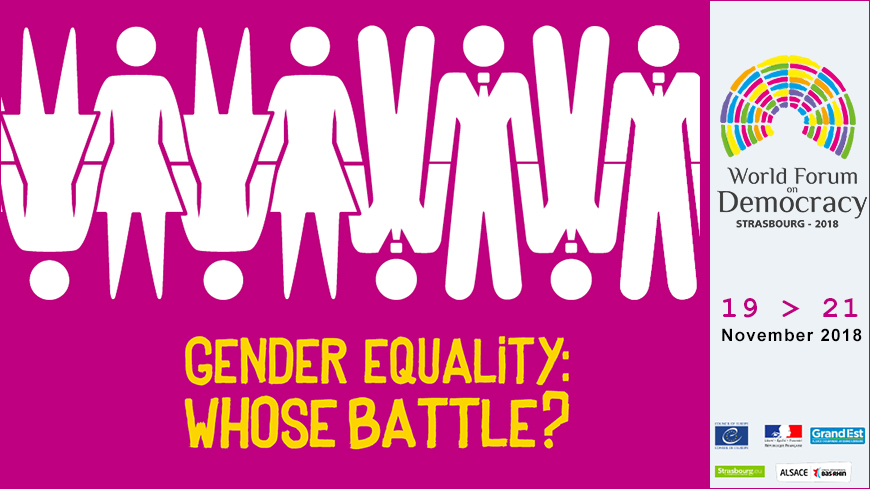 In 1918, courageous women formed women’s rights movements to challenge their exclusion from public and political life. In many countries, their bravery won them the right to increased democratic participation. Nearly a century later the #MeToo movement brought into sharp focus the pervasive extent of violence against women in all walks of life. But must we wait another century for the next seismic shift in the way that women are perceived and treated? Or is now, with global consciousness raised, a moment to assess what more must be done?

Because while so much progress has been made towards gender equality, there remain enormous divides between the lives of men and women that need to be understood. This is illustrated by some stark examples:

There is a 26% gender gap in participation in the global labour market and the gender pay gap stubbornly persists.

These facts lead us to two key objectives.

First, in the wake of #MeToo, we need the ideas and strategy that will eradicate all violence and discrimination against women.

Second, we need to look across the piece at gender equality in public, private and economic life –and ascertain what more we can to achieve them.

So at this year’s World Forum for Democracy, we need to ask ourselves the hard question. Are unequal power relations between women and men at the heart of why women are still victims of gender-based violence? Are gender role stereotypes still preventing women from reaching equal treatment in public, political and economic affairs? Might we all – men and women – stand to benefit from greater equality?

If the answer to these questions is yes, what does this mean for the current state of democracy?

The 2018 edition will address these themes based, among other things, on the extensive work of the Council of Europe, including the European Social Charter, the CoE’s Gender Equality Strategy 2018-2023, the Istanbul Convention on Preventing and Combating Violence against Women and Domestic Violence and other relevant standards and tools that feed into the implementation of the United Nations Sustainable Development Goals.

However, our purpose is to identify not only what further activity we might undertake, but to help spur ideas and actions that others can take, too. After all, this is the World Forum for Democracy, not only the Council of Europe’s.