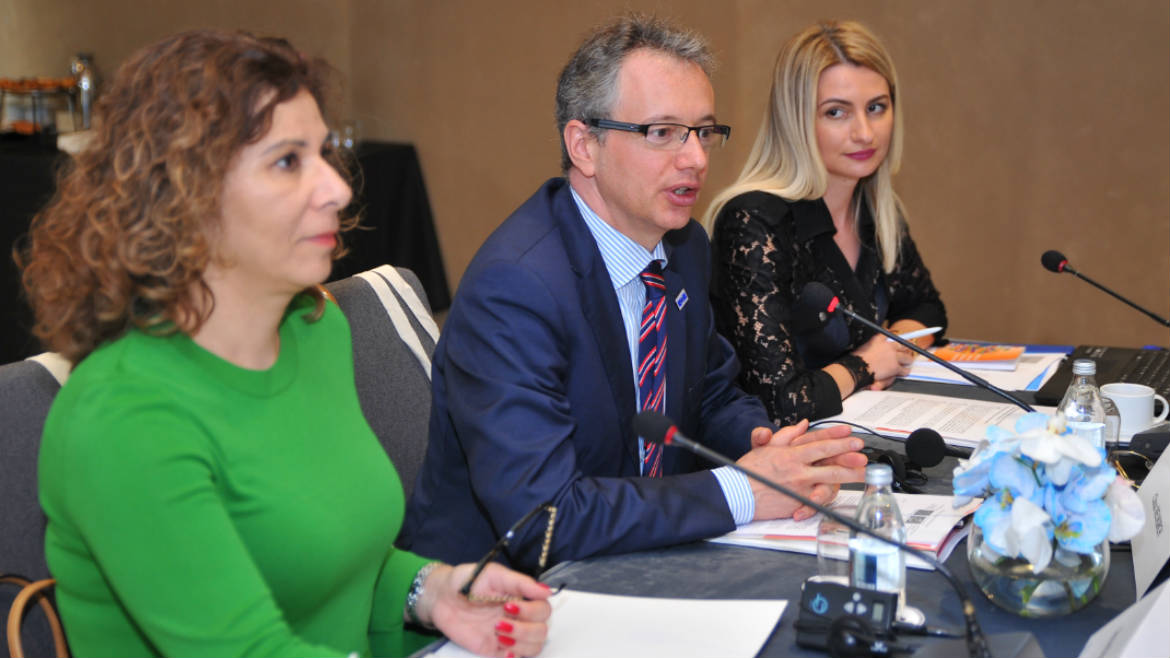 Upon the initiative of the joint European Union/Council of Europe Horizontal Facility's Action “Fighting bullying and extremism in the education system in Albania”, the Ministry of Education, Sport and Youth in Albania has decided to establish a National Day against bullying in the education system which will be celebrated in the Albanian schools every 21st November. In this day, the schools all over the country will open their doors to parents, the local community and media to raise awareness on the consequences of bullying and extremism in schools and on ways to prevent it.

This decision was launched at the fourth Steering Committee Meeting of the joint Action hosted by the Council of Europe Office in Tirana, on 11 April, to discuss the current status of the project activities and forthcoming actions. This meeting brought together representatives from the  European Union Delegation to Albania, the Ministry of Education, Sport and Youth, the Institute for Development of Education, the Ministry of Finance and Economy and the National Authority for Electronic Certification and Cyber Security.

Key achievements such as the accreditation of the Training Programme by Decision no. 20 of 19/12/2017 of the Commission for Accreditation of Training Programmes, as well as the wide visibility and outreach in the media especially of the findings from the National Survey, showcasing the great interest and importance of this intervention in the education system in Albania were highlighted during the meeting.