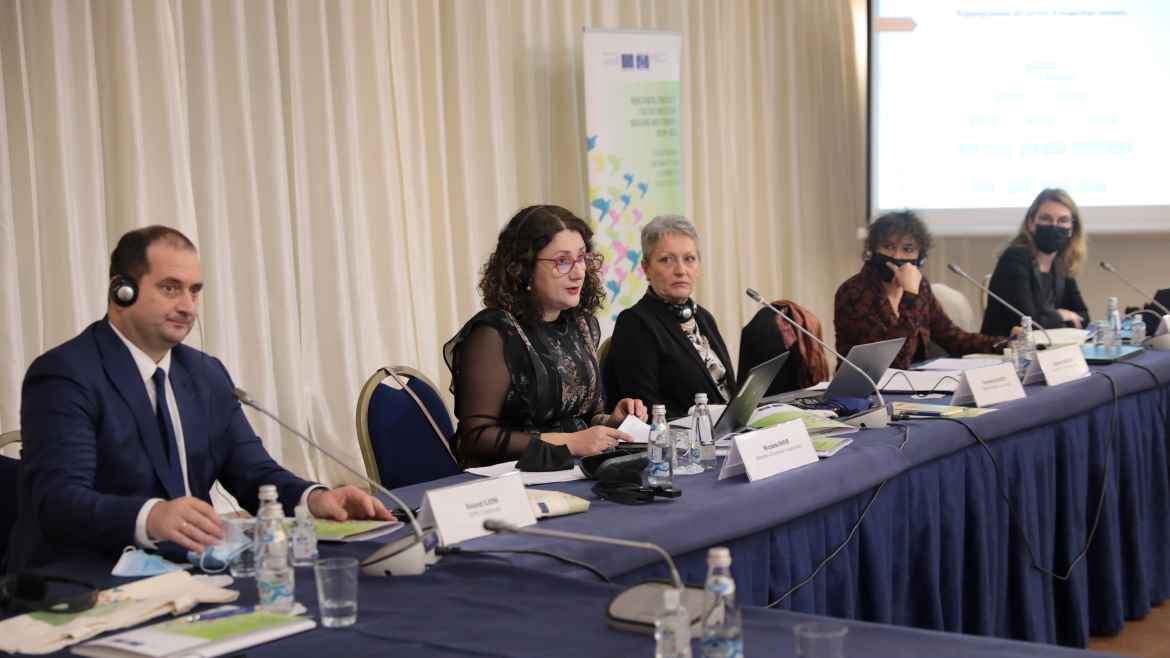 Welcoming the delegation, the High Inspector of Justice in Albania, Artur Metani, appreciated the support of the Council of Europe (and the European Union) to enable the exchange between partner EU institutions, emphasizing in particular the need to bring a new mentality in the inspection services in Albania and building a new institution based in European standards and values.

In the same line, the High Justice Inspector of Rumania, Lucian Netejoru, emphasised the importance of exchange of best experiences, considering in particular the fact that the judicial inspection is a new practice.

The visit continued with important meetings in the National Assembly in Albania and the main justice governing institutions namely the Albanian High Judicial Council (HJC), Albanian High Prosecutorial Council (HPC), the School of Magistrates and selected courts in Tirana and Vlora.

During the visit in respective beneficiaries, the RESIJ inspectors had the opportunity to discuss and exchange their views on important topics surrounding the reform such as the necessity of an independent, accountable and effective judiciary in ensuring the rule of law, equal access to justice, protecting human rights and fulfilling the reforms necessary for EU membership.

In parallel with the visit of the delegation, a training on Good Practices from European Justice Inspectorates was organised for the Albanian judicial inspectors from the RESIJ experts from France, Italy and Rumania. The training included two developed modules on General Inspection Principles and Methods and Inspection Instruments and Procedures.

These events are organised in the framework of the action “Strengthening the Quality and Efficiency of Justice in Albania” part of the joint European Union and Council of Europe “Horizontal Facility for the Western Balkans and Turkey 2019-2022” programme wich aims to assist Beneficiaries to comply with Council of Europe standards and European Union acquis in the framework of the enlargement process.