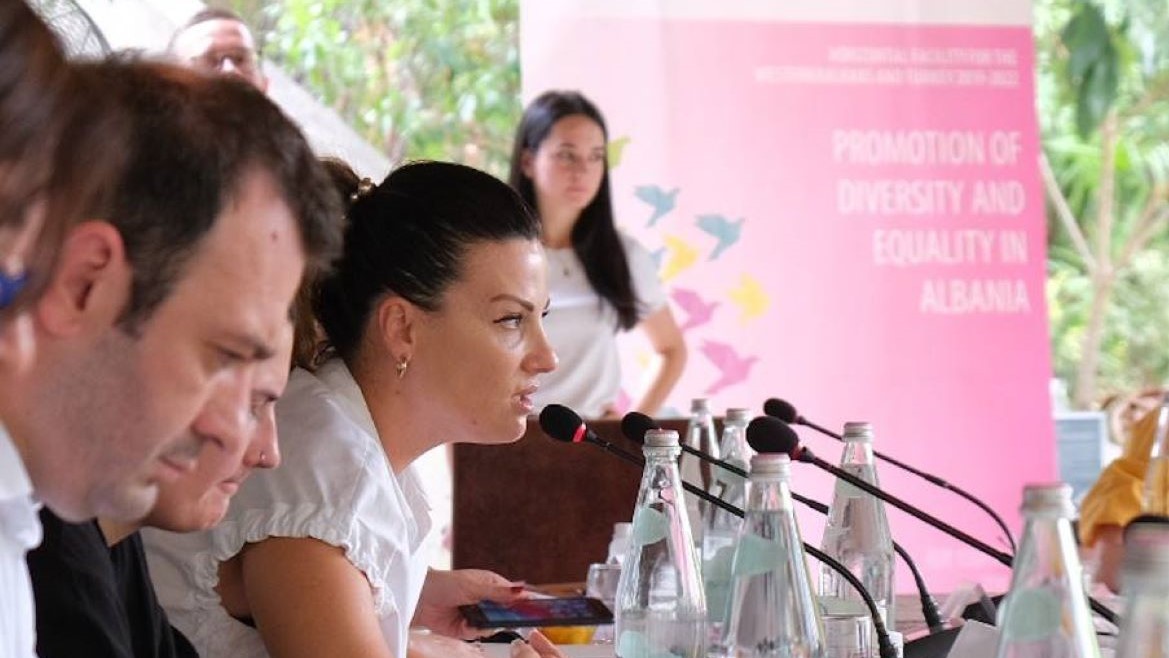 The public authorities and key actors in the field of promoting equality and diversity in Albania reaffirmed their commitment to work closely with European Union and Council of Europe to ensure protection of equal rights through the proper implementation of the policy/legal framework related to anti-discrimination, combating hate-speech and protecting rights of LGBTI persons and national minorities, in line with the standards and recommendations set by the Council of Europe

During the 4th Steering Committee Meeting of the European Union and Council of Europe joint action on “Promotion of diversity and equality in Albania” held in Tirana, on 24 June, there was a fruitful discussion on what has been achieved and future plans among key stakeholders, as the Ministry for Health and Social Protection, Ministry for Europe and Foreign Affairs, the People's Advocate, the Commissioner for the Protection from Discrimination, State Committee on Minorities, the LGBTI CSOs, Albanian State Police representatives and others. This meeting was also an occasion to introduce some of the projects awarded through the small grants scheme.