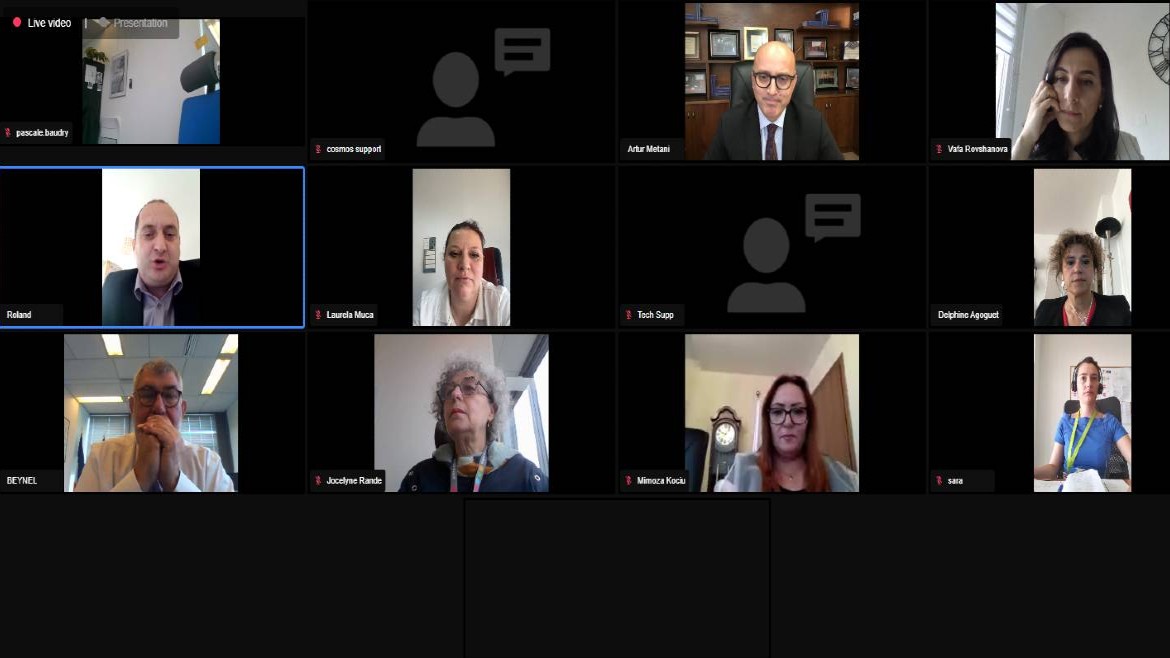 On behalf of CEPEJ, Vafa Rofshanova and Roland Gjoni reiterated the commitment to support the HJI in developing training modules and capacity building activities for the inspectors as well in facilitating international partnerships between the High Inspector of Justice in Albania and European counterparts.

The activity took place in the context of the joint European Union and Council of Europe Action “Strengthening the Quality and Efficiency of Justice in Albania – SEJ III” part of the joint “Horizontal Facility for the Western Balkans and Turkey 2019-2022” programme.