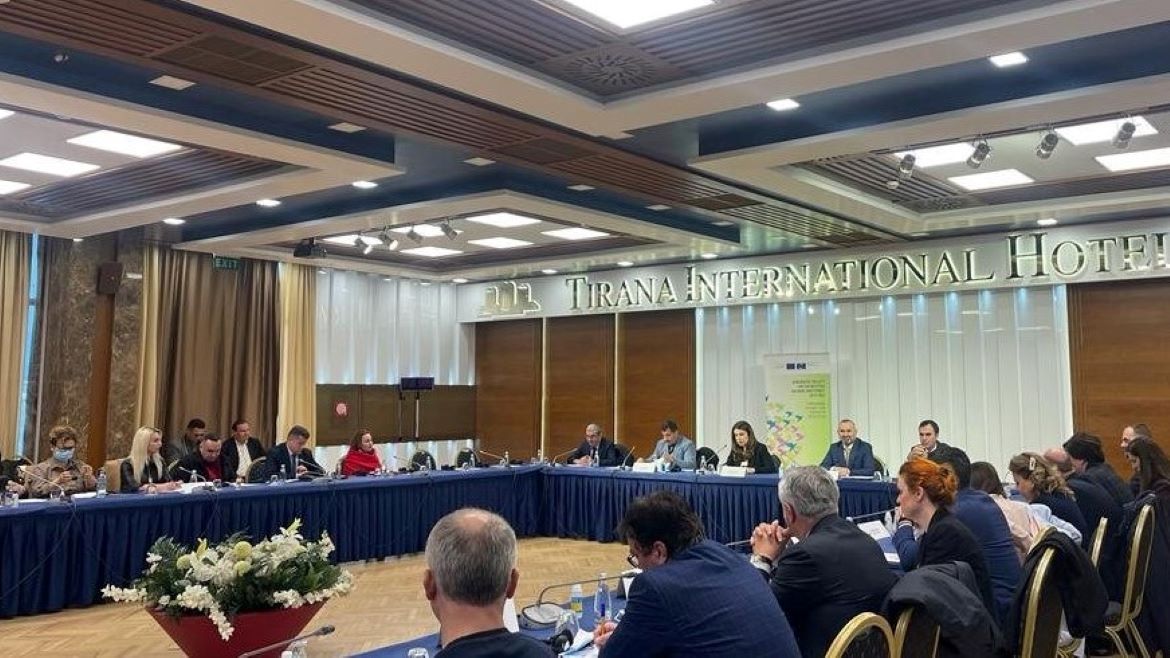 The public consultation process with groups of interest on the new judicial map of Albania, proposed by the High Judicial Council and the Ministry of Justice in December 2021, continues in Albania. With the support of the joint European Union and Council of Europe action “Strengthening the Efficiency and Quality of Justice in Albania” (SEJIII), implemented by CEPEJ, a consultation meeting was organised in Tirana with the participation of the Chairwoman of the High Judicial Council, Naureda Llagami, Minister of Justice, Ulsi Manja, and the General Prosecutor, Olsian Çela. They discussed with representatives from the Courts, Bar Association, and the Legal Aid important concerns on the judicial map proposal, presented for discussion in several public consultation roundtables with different interest groups.

The consultations’ process on the new judicial map of Albania is being supported by the action “Strengthening the Quality and Efficiency of Justice in Albania (SEJ III)" which is part of the joint European Union and Council of Europe “Horizontal Facility for the Western Balkans and Turkey 2019-2022” programme.