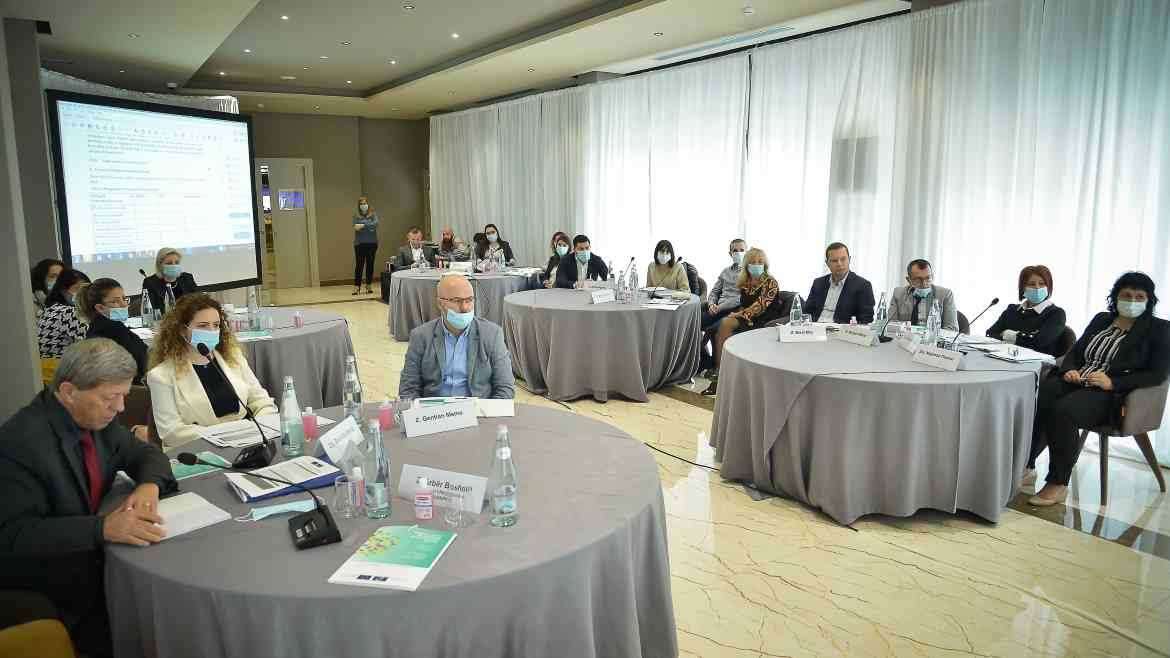 Verification and administrative investigation of declarations of interest of persons entrusted with top executive functions, constitute an important method in the efforts to fight corruption and economic crime. In order to support the capacities of the High Inspectorate for the Declaration and Audit of Assets and Conflicts of Interests (HIDAACI) on the matter, a follow up training of 18 inspectors and assistant inspectors took place in the framework of the joint European Union and Council of Europe Action against Economic Crime in Albania.

The training addressed though practical examples important topics related to institutional competences of HIDAACI to verify the private interests’ declarations of top executive officials, as well as the cases when a full audit of these declarations and an administrative investigation is required pursuant to the Albanian legislation. European best practices on the implementation of the audit, verification of conflict of interests and case studies of investigation of top executive officials were introduced by the Council of Europe expert Idlir Peci, who is also one of the authors of the Handbook previously prepared by the Action “The implementation of the Law no. 9049 on declaration and audit of assets, financial obligations of elected persons, and certain public officials".

The General Inspector of HIDAACI, Evgjeni Bashari, re-affirmed the commitment of the institution to fulfill GRECO’s recommendations in its Fifth Evaluation Report in relation to ensuring effective functioning of the electronic system of assets declarations and improving its capacities on efficient verification of the private interests’ declarations. Furthermore, Bashari acknowledged the permanent assistance provided by the action in view of improving the legal and policy framework on electronic system and conflict of interest and enhancing the institutional performance as an oversight mechanism to prevent and fight corruption.

The Action against Economic Crime in Albania is part of the “Horizontal Facility for the Western Balkans and Turkey II”, a joint programme of the European Union and Council of Europe, which aims at assisting beneficiaries in the Western Balkans region and Turkey to comply with the Council of Europe standards and European Union acquis in the framework of the enlargement process.