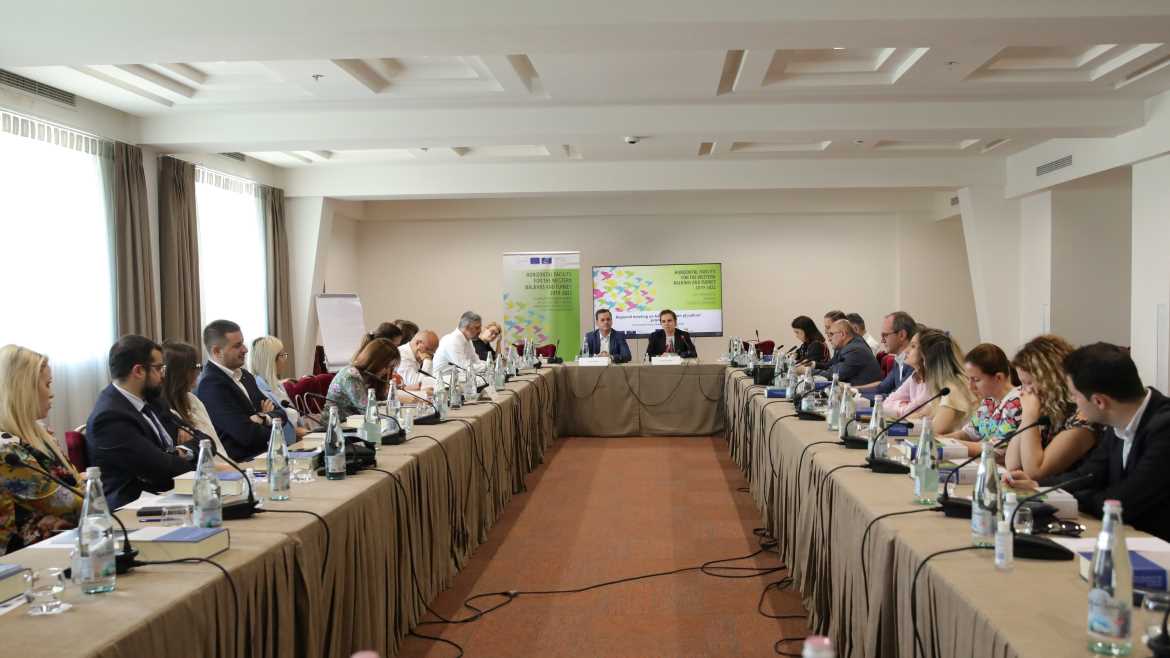 45 judges and legal advisors participated on 16 and 17 June, in the first regional forum of harmonisation of the judicial practice organised by the High Court in co-operation with the Albanian High Judicial Council. The forum organised in Shkodër, brought together judges from the High Court, the Appeal and Administrative Courts of Shkodër as well as judges from the first instance courts of Shkodër, Lezhë, Krujë, Kurbin and Mat.

Participants engaged in a fruitful discussion on the most recent practice developed by the High Court since the start of the justice reform in administrative, criminal and civil jurisdictions. Important arguments were raised by the participants about the understanding and practical challenges in the implementation of the judgments of first instance and the appeals courts. The discussions were focused among others on key topics such as treatment and registration of properties, reopening of criminal proceedings, execution of sentences and alternatives to detention, administrative contracts and public administration, pensions, social insurance and labour relations.

This first meeting will pave the way to a series of regional forums that will aim to lead to a more coherent and harmonised practice with Council of Europe and the European Court of Human Rights standards.