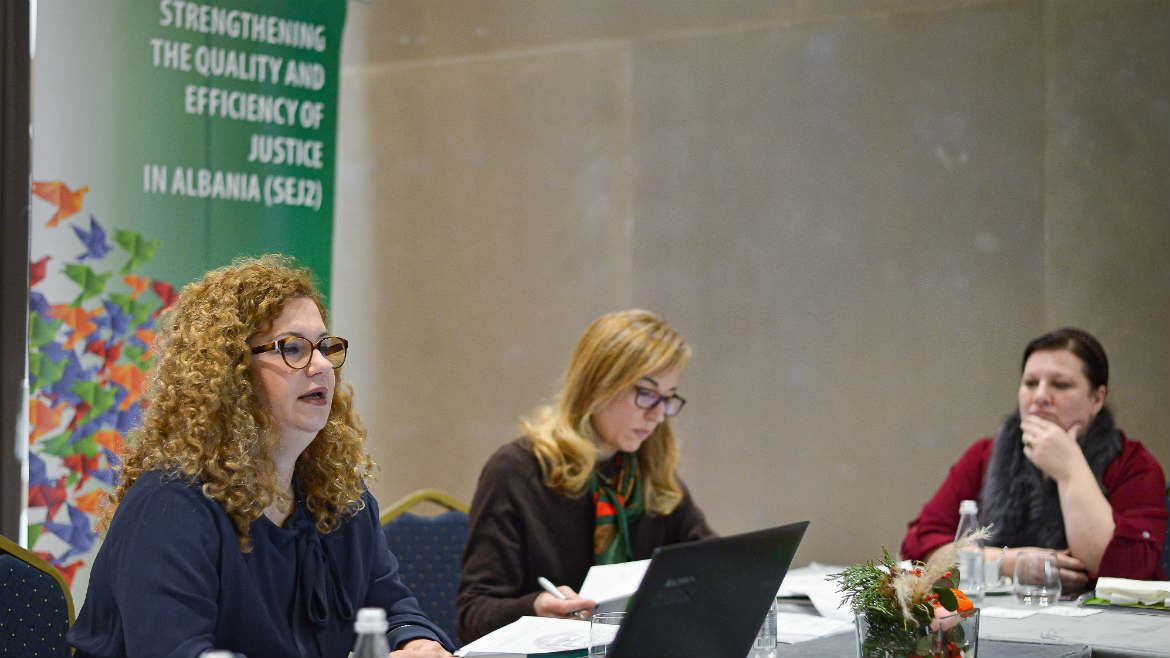 The future magistrates of Albania are being prepared and empowered using the Council of Europe advanced methodologies and European best practices for a more efficient judiciary. The second training on CEPEJ tools with the School of Magistrates focusing on time management, was organized on 31 January, in Tirana, where the consultants Aida Bushati and Mirela Bogdani focused on the role of CEPEJ in increasing efficiency of judicial systems, specific tools for time management and other CEPEJ tools included in the legislative package of the justice reform in Albania.

The seminar was attended by judges and last year students of School of Magistrates who started their practice and considered the training of great relevance for their carriers in judiciary. The trainings will contribute in increasing capacities of magistrates and judges that are starting their carriers as well as increase the capacities of the School of Magistrates in general in regard to training modules on CEPEJ tools.

The activity is organised in the framework of the SEJ III Action “Strengthening the Efficiency and Quality of the justice system in Albania”, which is part of the programme "Horizontal Facility for the Western Balkans and Turkey 2019-2022", co-funded by the European Union and the Council of Europe and implemented by the Council of Europe.