Albanian State Police, an ally in the fight against hate speech and hate crimes 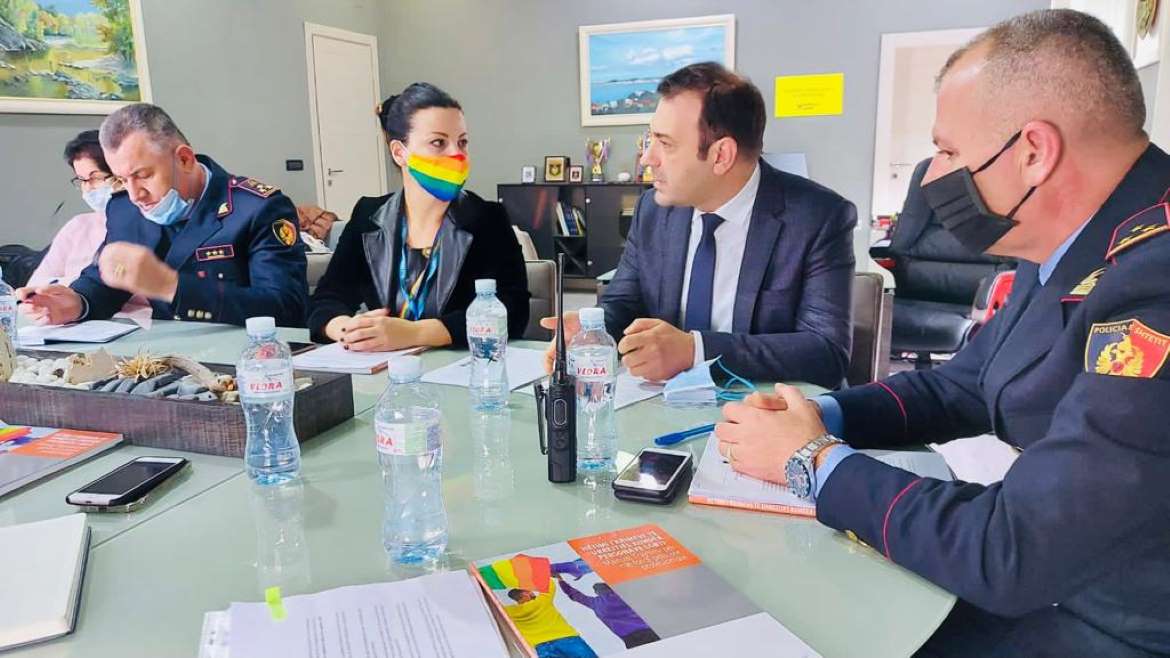 The Albanian State Police is in the front line of preventing and combating hate crimes towards LGBTI people, supporting the victims, investigating and recording these acts. To assist this process important stakeholders in the field of anti-discrimination, hate speech and hate crimes including the Commissioner for Protection from Discrimination, Aleanca LGBT, Pink Embassy, Streha LGBT and Open Mind spectrum Albania organised a set of capacity-building meetings with key representatives of the State Police in Albania, to discuss the efforts and related initiatives in the fight against hate speech and hate crimes in the Albanian society.

During the meetings taking place in the police stations of the main districts in Tirana, Durrës, Elbasan, Korçë, Fier, Vlorë and Gjirokastër, high chiefs and deputy chiefs of crime, together with police officers covering such crimes, discussed and shared their experience, obstacles and success stories in their efforts to fight hate speech and hate crimes. As a result of this initiative, the LGBTI communities will have now 2 contact points in every Local Police Directorate, who shall facilitate the process of reporting the domestic violence and hate crime cases, and will support with dignity and respect all the hate victims. They will also ensure that the correct procedures are followed in line with European standards, which will also result in the increase of the number of reported hate crime cases in Albania.

This initiative is supported by the joint European Union and Council of Europe action on “Promotion of diversity and Equality in Albania" and the Council of Europe Sexual Orientation and Gender Identity Unit (SOGI).