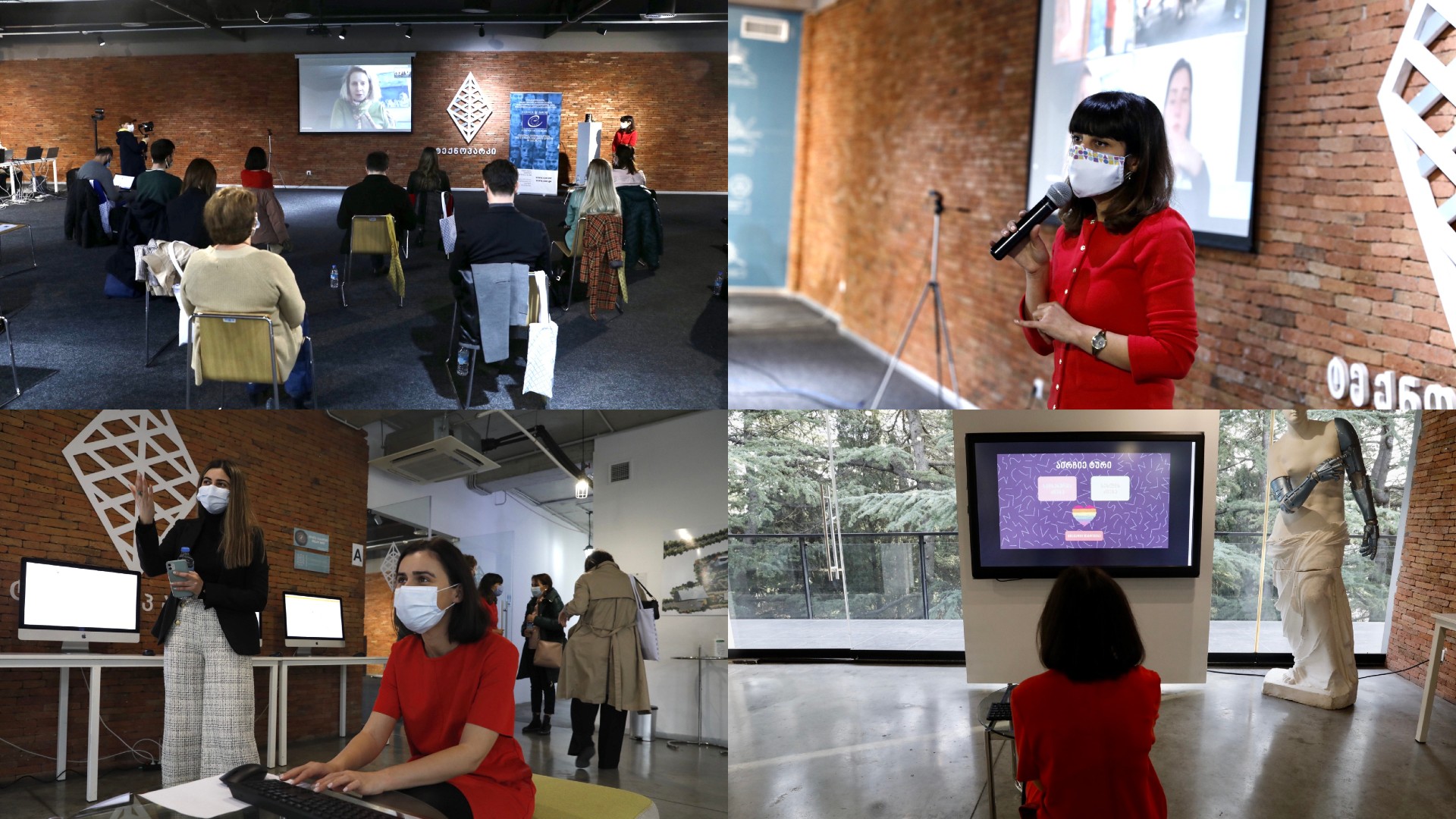 The Council of Europe Office in Georgia together with partner organisations organised the second Equality Week (15-24 November) in Georgia. The Equality Week is celebrated around the International Day for Tolerance (16 November) with the aim to raise awareness about the importance of diversity and equality in Georgia as well as to provide information on redress mechanisms for the victims of discrimination.

The launching event of the Equality Week took place at Georgia’s Innovation and Technology Agency (GITA) in hybrid format. The event presented products developed during the Equality Hackathon such as interactive game, wheel map and a map on gender equality.

Natalia Voutova, the Head of the Council of Europe Office in Georgia and Nino Macharashvili, Director of Forset addressed  the audience with opening remarks. Event participants  had a chance to discover equality hackathon products by playing the equality game and checking the interactive maps on site. The interactive game on equality, wheel map and a map on gender equality will be published on I Choose Equality Facebook page during the Equality Week period.

Various online and offline events on the redress mechanisms, fighting discrimination, and promoting tolerance and equality are planned within the Equality Week in Tbilisi as well as in regions of Georgia together with Ministry of Internal Affairs, Prosecutor’s Office, Office of Resource Officers of Education institutions, Training Center of Justice, Public Defender's Office, Equality Ambassadors and civic activists.

You can learn more about many of the activities organised during Equality Week on the I Choose Equality campaign’s Facebook page: https://www.facebook.com/IChooseEquality/