The Equality Week is back with creative activities in Georgia 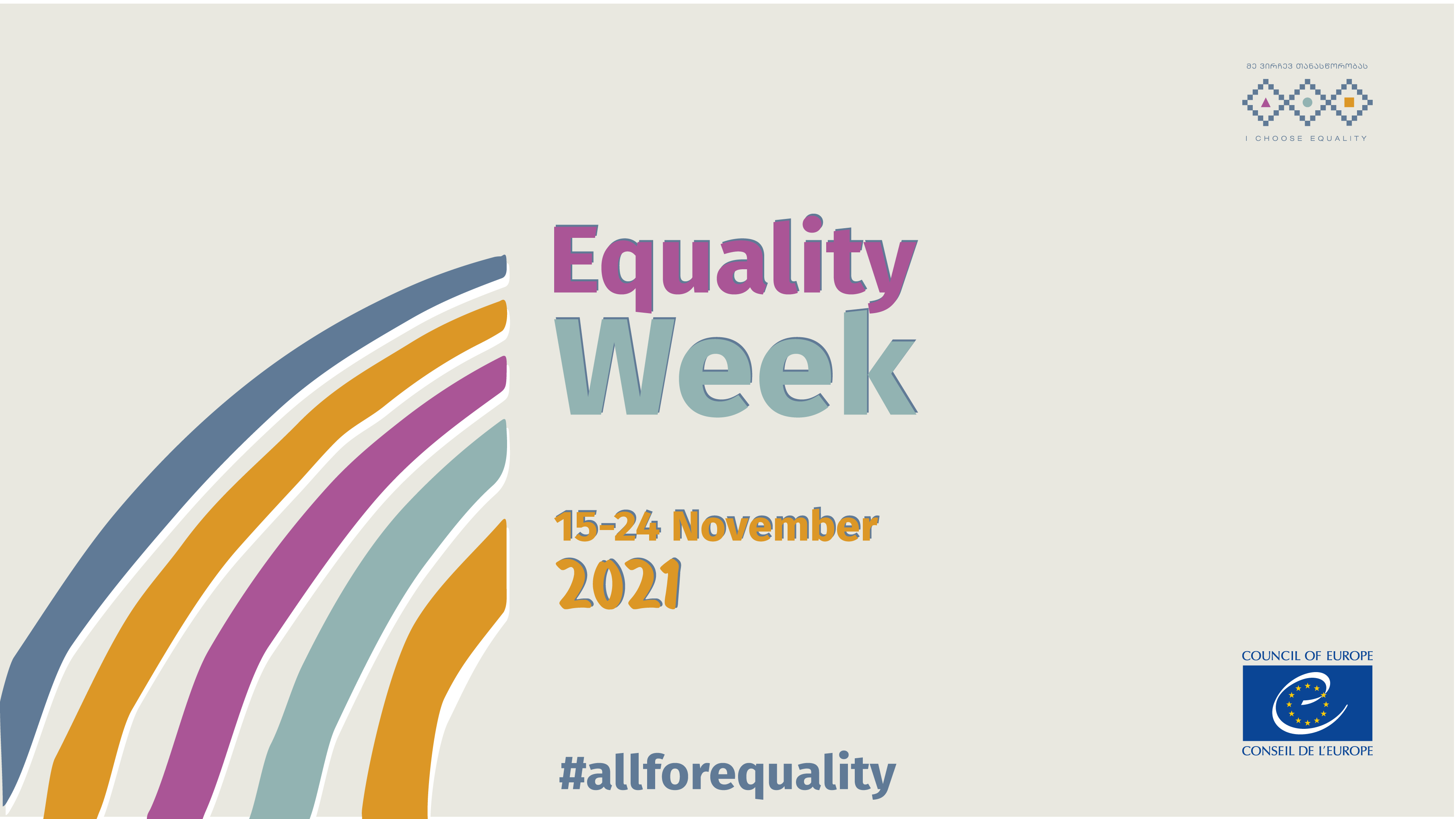 To celebrate equality and diversity, the Equality Week in Georgia is back this year with creative and interesting activities. The annual tradition marks around the International Day for Tolerance (16 November) with its activities planned on 15-24 November. The aim of the Equality Week is to raise awareness about the importance of diversity and equality in Georgia as well as to provide information on redress mechanisms for the victims of discrimination. It is organised by the Council of Europe Office in Georgia together with partner institutions, organisations and allies supporting equality in Georgia.

Information sessions, trainings and seminars will be organised in Tbilisi and the regions of Georgia for various target groups on the redress mechanisms, discrimination, tolerance, equality and diversity together with the Ministry of Internal Affairs, Prosecutor’s Office, Office of Resource Officers of Education institutions, Training Center of Justice, Public Defender's Office, Equality Ambassadors and civic activists

The Retail Association representing different retail outlets will join Equality Week this year by displaying visibility items supporting equality as well as information materials on redress mechanisms against discrimination in certain retail stores. The visibility items and information materials will be available free of charge in Batumi and Tbilisi.

Moreover, on 16 November and on 17 November the Coalition for Equality will  held online lectures and discussions on "Equality and the Law on the Elimination of All Forms of Discrimination" and “The Equality Policy in the General Education System”

Some of so many other events include:

You can learn more about many of the activities happening during Equality Week on the I Choose Equality campaign’s Facebook page: https://www.facebook.com/IChooseEquality/