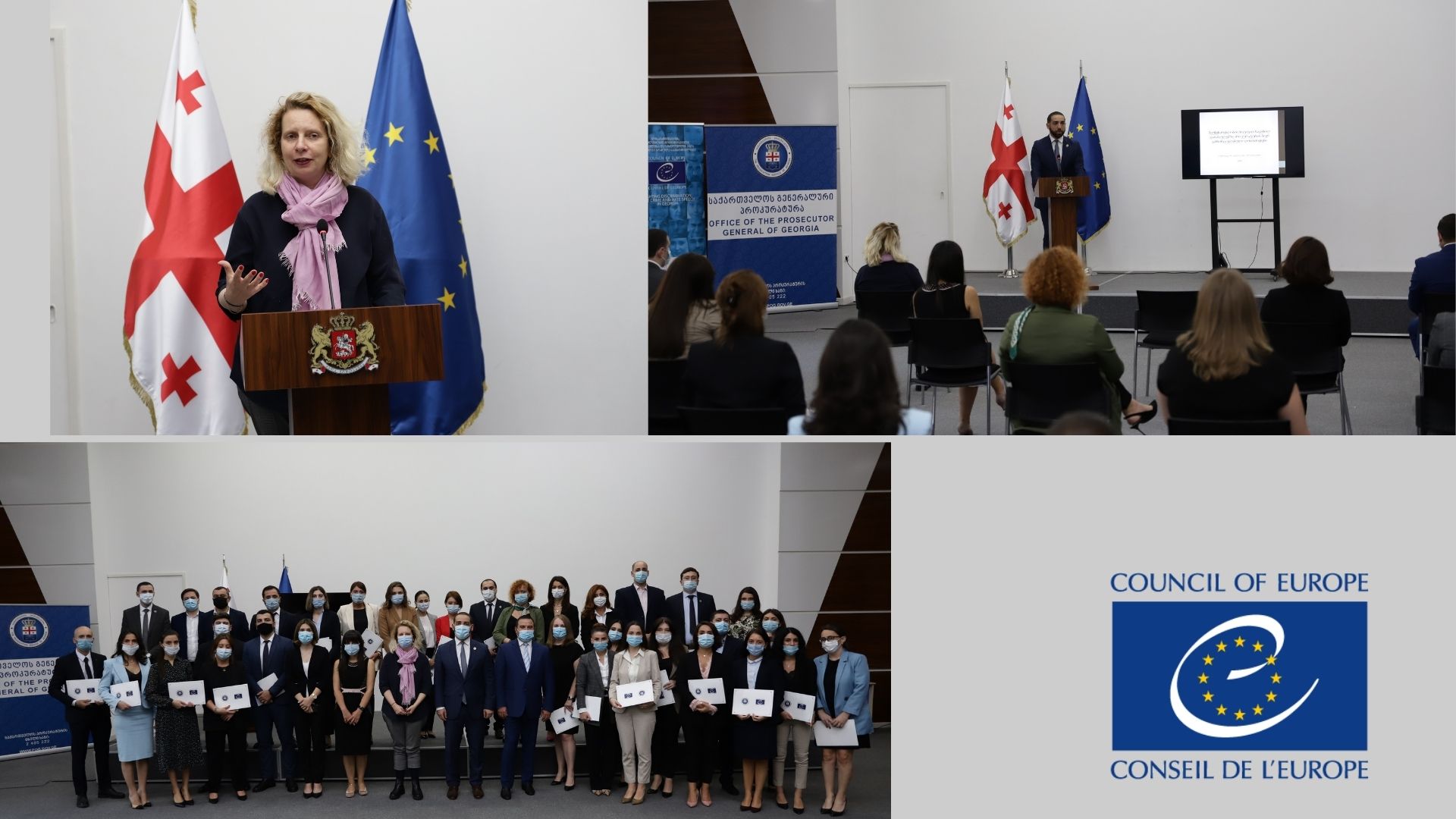 As a result of the longstanding co-operation of the Council of Europe and the Prosecutor’s Office specialisation of prosecutors dealing with crimes committed on intolerance grounds has been introduced. The Council of Europe Office in Georgia was actively engaged in organisation of the series of trainings based on the General Prosecutor’s decree  giving the authorisation to investigate the crimes committed on intolerance ground only to those prosecutors who passed comprehensive training programme. The specific training module was in line with standards and case-law of the European Court of Human Rights.

Today the handover ceremony of certificates was held.   Natalia Voutova, the Head of the Council of Europe Office in Georgia and Irakli Shotadze, the General Prosecutor of Georgia attended the event once again emphasising the importance of the activity.