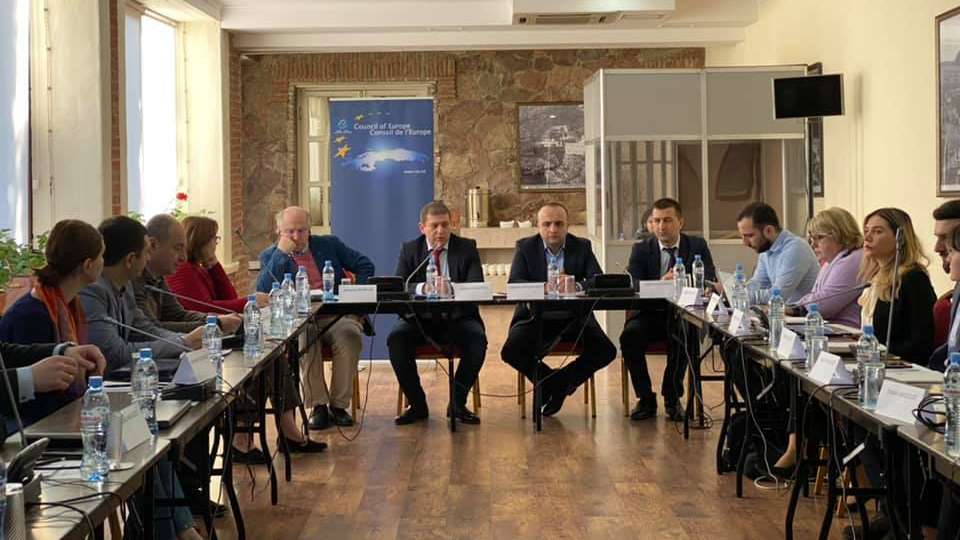 On 12 February 2020 the Council of Europe organised a working group meeting on parliamentary oversight over the execution of the European Court of Human Rights (ECtHR) judgments by the government. The purpose of the meeting was to asses legal framework and existing practice on parliament’s role in effective implementation of the ECtHR standards at the national level. Members of the Parliament, representatives of the Ministry of Justice, Public Defender’s Office, Supreme Court and civil society organisations discussed operation of parliament’s relevant structure, importance of alternative reports, and possible ways to further strengthen parliament’s supervisory mandate on full execution of the ECtHR judgments by the government. As a follow-up to the discussions, Council of Europe experts will prepare a needs assessment report, providing specific recommendations for further improvements.

The event was organised within the Council of Europe Project on “Supporting Parliamentary Oversight over the Execution of the European Court of Human Rights Judgments in Georgia”.