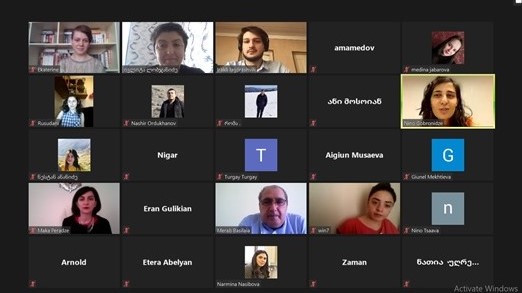 On 9 June, Ilia State University held an online meeting for students on “Gender-Based Violence: Causes and Necessary Steps" with the support of the Council of Europe. The meeting aimed at discussing the causes of gender-based violence and the current situation, as well as the possible ways and means to solve it.

The invited speakers were Maka Peradze, Acting Director of the Human Rights Protection and Investigation Quality Monitoring Department of the Ministry of Internal Affairs, and Ekaterine Skhiladze, Deputy Public Defender. They talked about gender-based violence, statistics and the current challenges in this regard, as well as the legislative and executive measures to reduce gender-based violence and the ways to raise public awareness.

Ilia State University joins the "I Choose Equality" campaign under the grant project "Together for Equality". The grant project aims at raising awareness about the diversity and fighting discrimination, as well as promoting civic integration and strengthening tolerance among youth.

The event was organised in the framework of the “I Choose Equality” campaign run by the co-operation project “Fight against Discrimination, Hate Crimes and Hate Speech in Georgia”. The project is implemented under the Council of Europe’s Action Plan for Georgia 2016-2019 with the support of the Danish Neighbourhood Programme in Georgia (DANEP).