Ozurgeti: Council of Europe introducing “Citizens Assembly” to the citizens, CSOs and municipality staff in Ozurgeti 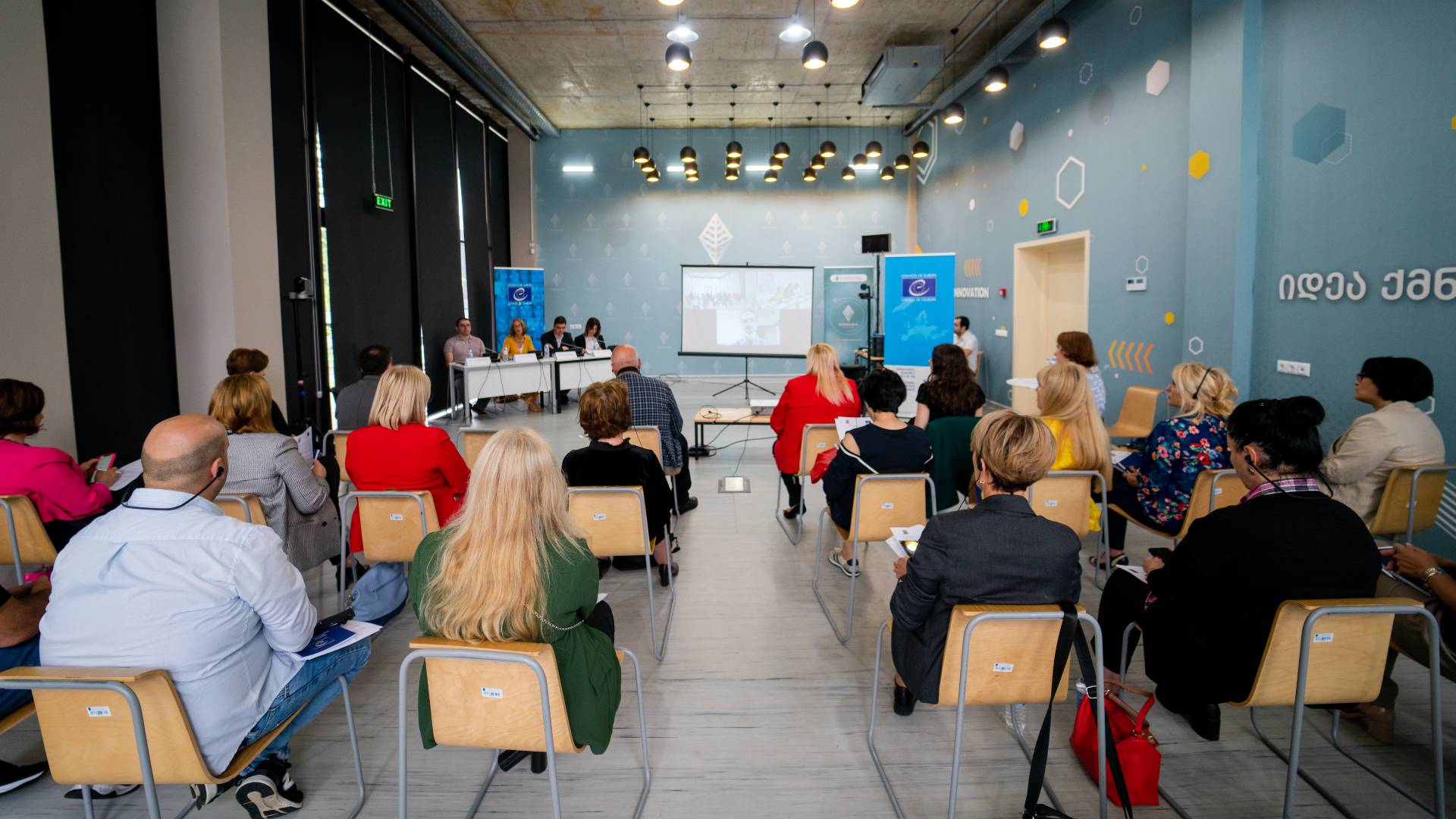 The first introductory meeting with citizens, CSOs and municipality staff of Ozurgeti related to the organization of the ‘Citizens Assembly’ was held in Ozurgeti.

‘Citizens’ Assembly’ is an innovative form of deliberative democracy successfully applied in different countries (such as Ireland, Australia, France, Belgium, the Netherlands) to address the pertinent issues of local community.  The assembly consists of a group of randomly selected citizens from all sectors of a community which is formed taking into account demographic criteria such as gender, age and others. This group is invited to make a thorough analysis of a given subject, hold discussions of various solutions, analyse advantages and disadvantages and then deliver final recommendations or decisions to the political decision-makers.

In the course of the event, deputy mayor of Ozurgeti, Mr Giorgi Gurjumelidze, underlined the commitment of the Ozurgeti city hall to strengthen good governance and democratic processes in the municipality through granting citizens better opportunities to influence local decision-making. Senior Program Adviser of the Council of Europe, Ms Cornelia Perle, addressed the priorities of the Council of Europe project to enhance local democracy and expressed her gratitude towards the commitment of the municipality to take substantial steps to bring citizens closer to decision-making. The author of the methodology, Mr Marcin Gerwin, delivered a presentation on ‘Citizens Assembly’, providing information on the procedure embedded in the mechanism and its implementation phases. In the framework of the meeting, the participants were introduced to the benefits of the application of the ‘Citizens Assembly’ in the local communities through the analysis of the local context provided by the expert – Mr Koka Kiguradze.

The participants of the event exchanged ideas and discussed various potential topics to be addressed through ‘Citizens Assembly’. They stressed the importance of active civil engagement in local decision-making and confirmed their interest and commitment towards the process of organizing ‘Citizens Assembly’ in Ozurgeti. To involve citizens directly in decision-making is one core element of active democratic processes in municipalities, which enables citizens to participate in and influence decision-making in their communities, that affects their daily life.

This event took place in the framework of the project “Strengthening Participatory Democracy and Human Rights at Local Level in Georgia”, implemented by the Congress of Local and Regional Authorities and the Directorate General of Democracy, Division of Elections and Participatory Democracy, within the Council of Europe Action Plan for Georgia 2020-2023 with the financial contribution of the Austrian Development Cooperation.