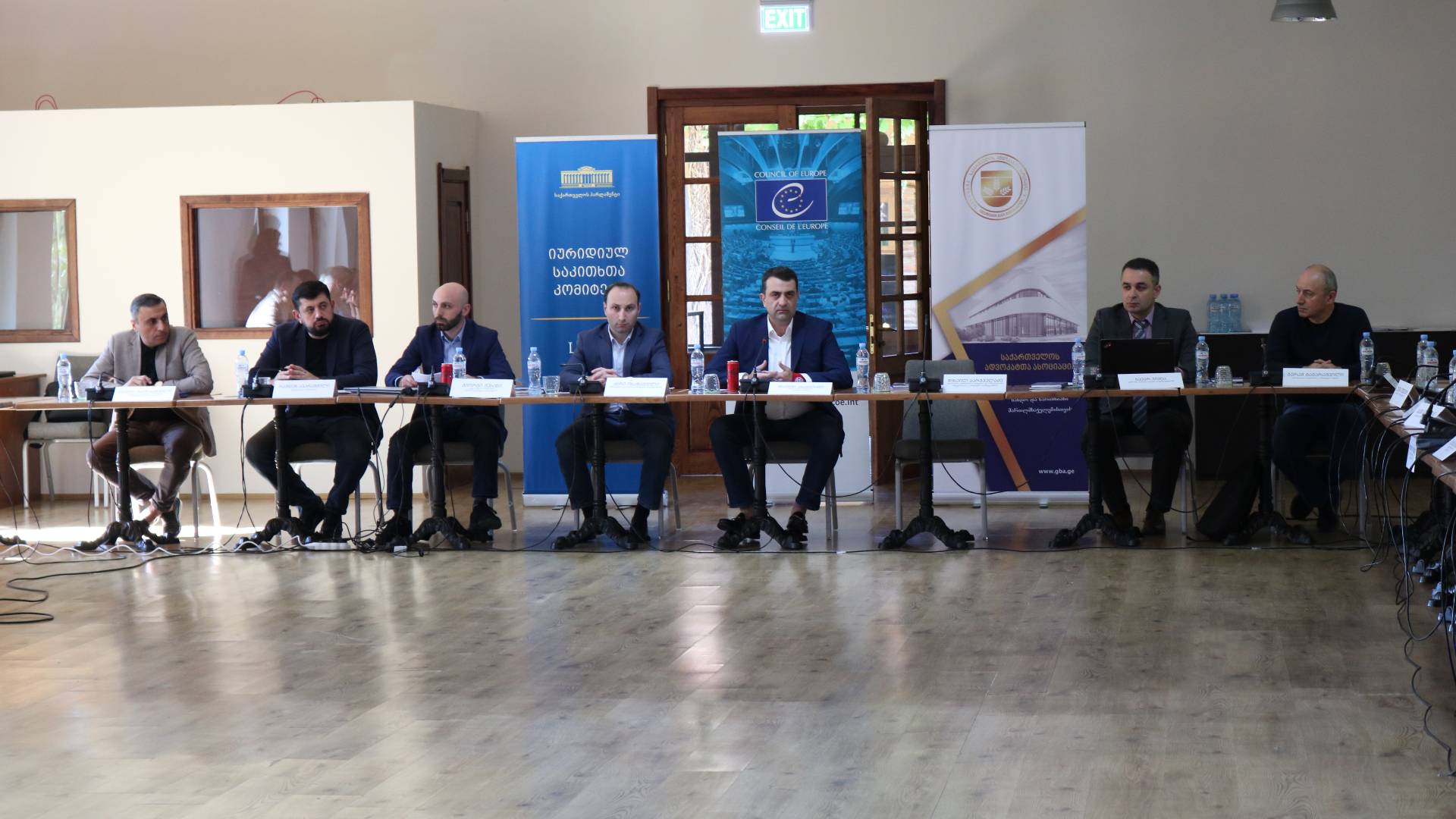 The Council of Europe Office in Georgia supported the discussion of draft legal amendments between members of the Parliament of Georgia and the management of the Georgian Bar Association (GBA). Discussions centred around the proposed amendments to seven laws affecting professional activities of lawyers prepared by the GBA.

The Parliament of Georgia was represented by the Chair and the Deputy Chair of the Legal Issues Committee, Chair of the Human Rights and Civil Integration Committee and MPs from ruling and opposition parties. Attendees from the Georgian Bar Association included the Chairperson, the Executive Director, members of the Executive Board as well as Chair and members of the Ethics Commission.

The activity was organised within the framework of the project “Enhanced Access to Legal Aid Services for Marginalised Population” implemented with the support of Norway, Sweden, Denmark, Germany, Luxembourg, France, Netherlands, Liechtenstein, and Latvia.