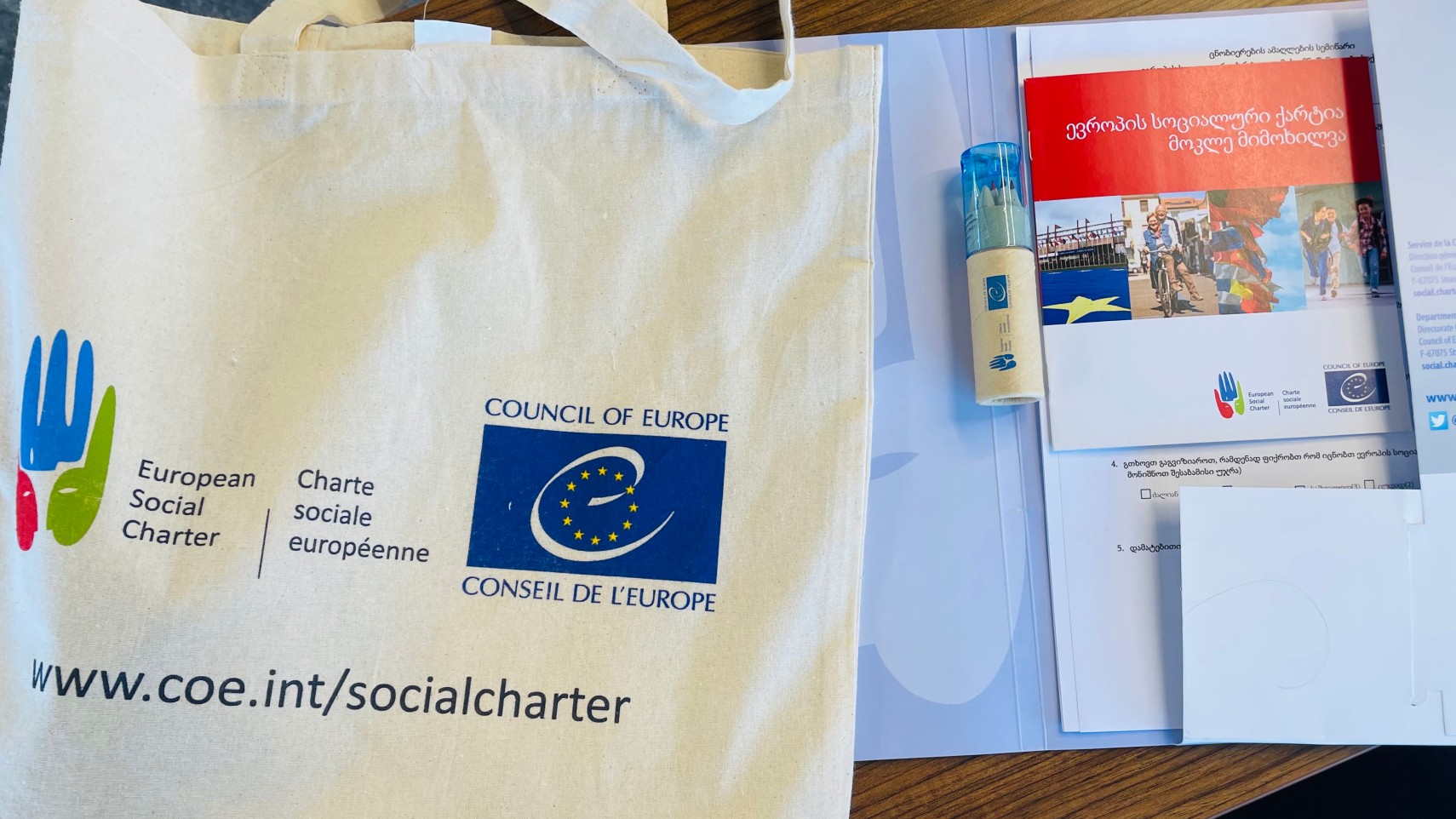 On 14-15 December, an awareness-raising seminar was organized for representatives of various state and non-governmental organisations on the subject: The European Social Charter and its importance in Georgia. The seminar was attended by the representatives of the Parliamentary Committees on Human Rights and Civil Integration and Healthcare and Social Issues, Ministry of Internally Displaced Persons from the Occupied Territories, Labour, Health and Social Affairs, Labour Inspection Office, High School of Justice, Training Center of Justice of Georgia, Georgian Employers' Association, Georgian Trade Unions Confederation and the Public Defender’s Office.

The European Social Charter, adopted on 19 October 1961 in Turin, Italy, is the Council of Europe's most important international agreement recognizing and promoting fundamental social and economic human rights. The Social Charter is considered the European "Social Constitution", 1996 revised version of which was ratified by Georgia in 2005. The protection of social and economic rights is an important part of Georgia’s Constitution and national legislation. Despite legislative and institutional changes over the past few years (including significant changes to labour legislation in 2020 and the creation of a strong labour inspectorate), challenges to labour rights still remain. It is important to raise the awareness of the representatives of state and non-governmental organizations about the European Social Charter and the rights and guarantees recognized and protected by it.

As a result of the interactive seminar, the participants were informed about the importance of the Social Charter, its impact in Georgia, as well as the rights protected by the Charter and Georgian legislation in the field of labour / employment (including: access to employment; equal employment opportunities and remuneration for women and men; prohibition of exploitation; collective labour relations, protection of workers; guarantees in case of termination of employment).

At the end of the seminar, the participants discussed with the organisers additional measures to raise awareness of the European Social Charter in Georgia and the rights and guarantees protected by it.