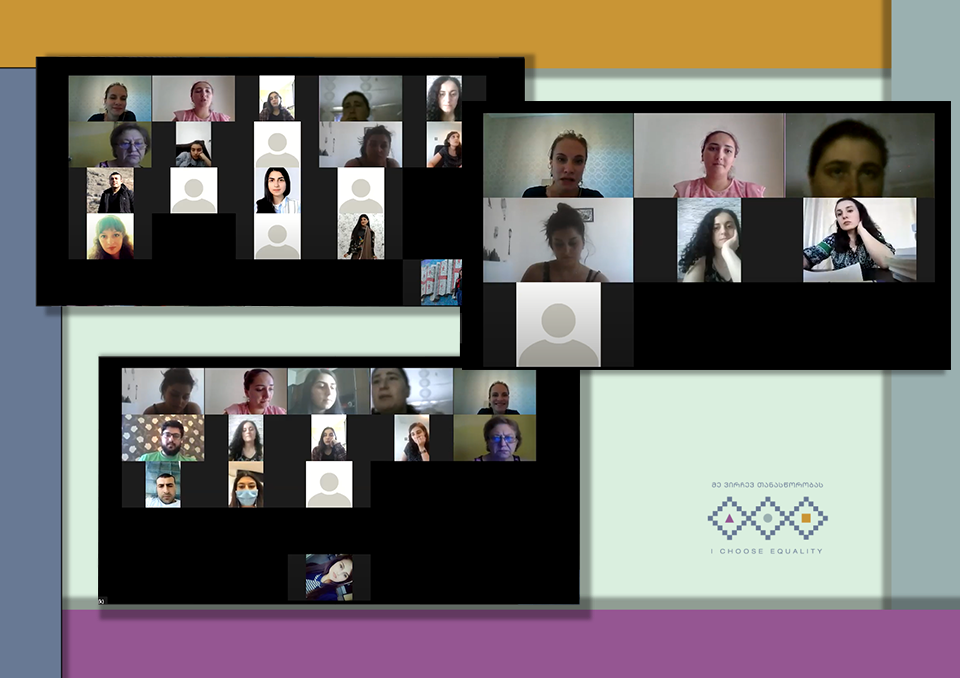 The Tolerance and Diversity Institute in partnership with the Marneuli Office of the Network of Centers for Civic Engagement (NCCE), and with the support of the Council of Europe, held an online presentation and discussion on “Equality and Religious-Ethnic Diversity” in the framework of the “I Choose Equality” campaign.

The meeting focused on the policies and practices related to equality and the prohibition of discrimination in Georgia, problems and challenges, possible solutions, the Georgian tradition of tolerance and stories of cultural diversity. The keynote speaker was Eka Chitanava, Director of the Tolerance and Diversity Institute and the moderator was Nilufar Kurbanova, a representative of the Marneuli office of NCCE.

Students, community activists, NGO representatives and other stakeholders took part in the meeting.

The event was organised in the framework of the “I Choose Equality” campaign run by the co-operation project “Fight against Discrimination, Hate Crimes and Hate Speech in Georgia”. The project is implemented under the Council of Europe’s Action Plan for Georgia 2016-2019 with the support of the Danish Neighbourhood Programme in Georgia (DANEP).