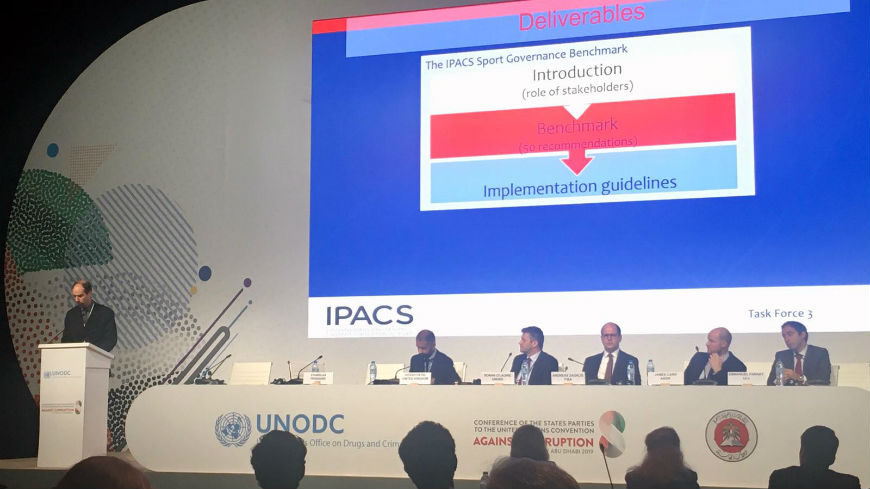 The conference was organised by the United Nations Office on Drugs and Crime (UNODC) and was hosted in Abu Dhabi, United Arab Emirates.

The event included exchanges between experts on: corruption in procurement relating to sporting events and infrastructure; ensuring integrity in the selection of major sporting events; good governance principles to mitigate the risk of corruption; and enhancing effective cooperation between law enforcement, criminal justice authorities and sport organizations.

The Conference was also an opportunity to show the important progress accomplished last year. A key development from the conference was the agreement by IPACS members to use ASOIF’s recommendations as a basis for developing a benchmark for sports governance. This benchmark will include 50 recommendations known from the anti-corruption standards already defined by organisations like the OECD, the UNODC and the Group of States against Corruption (GRECO) and it should be designed to be applied for sport governance both at the national and international level.

Stanislas Frossard, the Executive Secretary of EPAS at the Council of Europe, during his presentation on terms of reference of Task Force 3 highlighted that “EPAS will to everything possible to facilitate the agreement on an ambitious framework of good governance which is recognised by the governments and the sport movement and applicable to national and international sports organisations”.