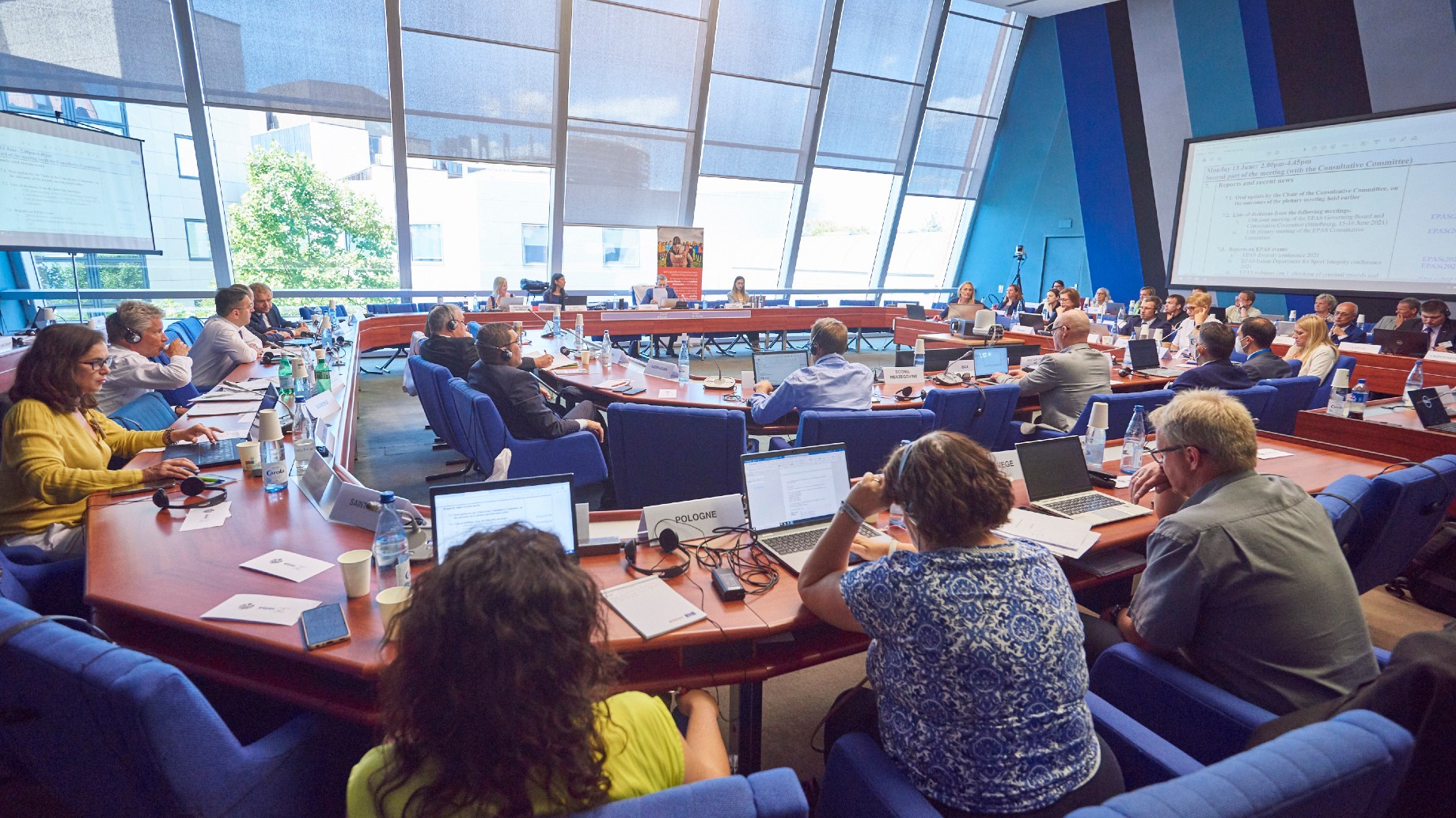 The Governing Board and Consultative Committee of the Enlarged Partial Agreement on Sport (EPAS) held their annual joint meeting on 13 and 14 June 2022. The programme of activities was discussed, as well as ongoing projects and most recent events.

The members of the Governing Board welcomed the accession of Canada as of 30 March, becoming the 41st member state of EPAS, as well as the first participation as member of EPAS of the Slovak Republic. They also agreed to set up a Working Group to develop proposals on the implementation of the newly revised European Sports Charter, that will report at the next Governing Board meeting.

Also on the agenda of the meeting were presentations on the state of play of the IPACS benchmark on good governance in sport, the Start to Talk initiative and the joint projects “Child Safeguarding in Sport” (CSiS) and “Combating Hate Speech in Sport”.

This annual meeting also marked the 15th anniversary of EPAS. Governing Board and Consultative Committee members, Council of Europe representatives and permanent representatives of EPAS member states all came together to celebrate this milestone.

Mr Bjørn Berge, Deputy Secretary General of the Council of Europe, recognised the crucial role of EPAS in “ensuring human rights, democracy and the rule of law in sport on our continent and beyond” and thanked EPAS for “its support for the Council of Europe’s new strategic priorities for sport, and the role that it will play in delivering on these from now until 2025.” H.E. Rémi Mortier, Permanent Representative of the Principality of Monaco to the Council of Europe and Chair of the EPAS Statutory Committee, confirmed the commitment of his country and the other member states of EPAS to support and promote this “unique forum for intergovernmental co-operation allowing for the key contribution of Sports Organisations”. Mr Alexandre Husting, Chair of the EPAS Governing Board, pointed out that “the work of the Council of Europe and EPAS in the field of sport is comprehensive and often pioneering,” and that this role “must be maintained and strengthened, which can only be done with the continued support and commitment of public authorities and all sport stakeholders.”