Copenhagen 2021 - WorldPride & EuroGames
Many LGBTI people in Europe can “state their pride”, but more remains to be done
Copenhagen 17 August 2021 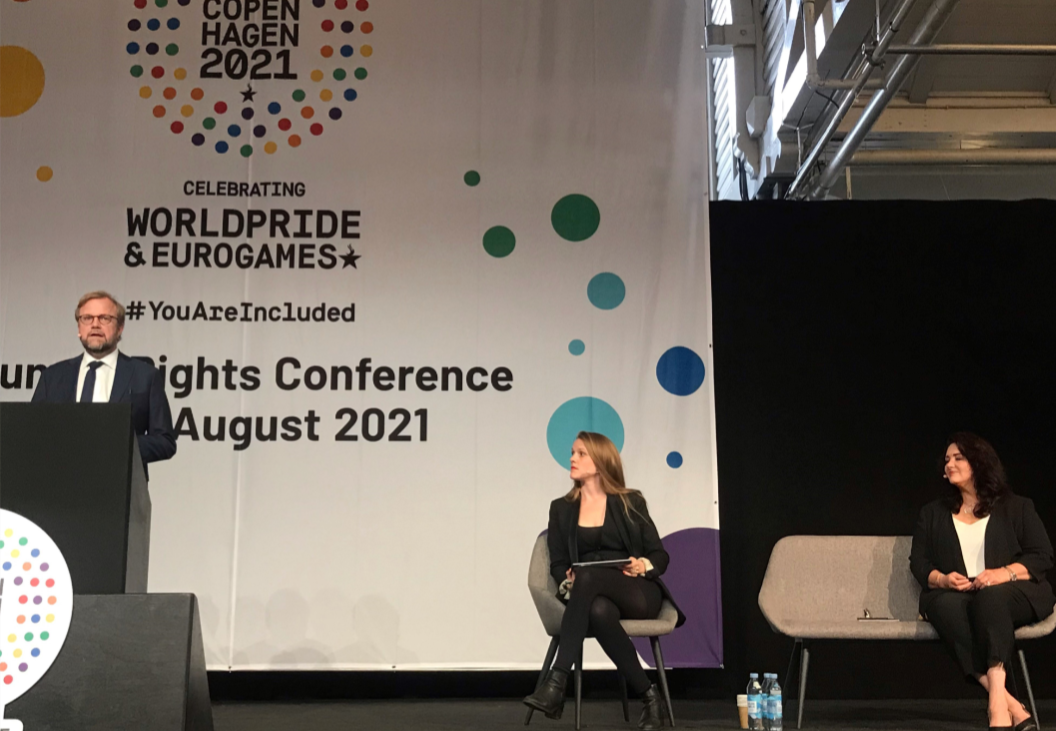 “Much progress has been achieved in Europe and many LGBTI people can march in many streets throughout our continent, stating their rightful pride in who they are, but much more remains to be done,” said Council of Europe Deputy Secretary General Bjorn Berge today in his address to the participants of the Human Rights Forum in Copenhagen, part of the large-scale event Copenhagen 2021. This high-level event also encompasses WorldPride and EuroGames, as well as many arts and culture events.

The Council of Europe has played an active part in making the empowerment of LGBTI people a reality, Berge said, setting common legal standards and ensuring the implementation of the European Convention and the case law of the European Court of Human Rights, as well as of the Committee of Ministers’ 2010 Recommendation on discrimination based on sexual orientation or gender identity.

“Over the years, our action has ensured that same-sex relationships are decriminalized, that same-sex partnerships are given legal recognition and that transgender people seeking legal recognition are not subjected to sterilization,” he explained, adding that the Council of Europe’s work has also contributed to greater freedom of assembly and association and efforts to tackle bullying, violence and employment issues.

Yet, there are worrying developments that should not be ignored, Deputy Secretary General stressed.  In parts of Europe today, LGBTI rights are being framed as a threat to the family, traditional values and state sovereignty. Some authorities are operating and pushing at the limits of their international legal obligations, such as referendums on equal marriage, restrictions on public events, with blind eyes turned where hate crimes occur, discrimination when it comes to public services and interaction with state authorities. The Council of Europe will take further steps towards ensuring real, true equality, Berge concluded, by developing new standards to counter hate speech and hate crime more effectively, continuing efforts towards equality for intersex people and  by assisting member states to make sure that all our citizens are granted the same rights.

Deputy Secretary General participated in the session focused on the influence of international organizations and EU institutions on LGBTI+ inclusion together with the European Union Commissioner for Equality, Helena Dalli; and Minister of Equality of France, Élisabeth Moreno. The event was opened earlier today by high-level personalities, including Crown Princess Mary of Denmark; Ann Linde, Swedish Minister of Foreign Affairs; Abid Raja, Norwegian Minister of Culture and Equality, and Michelle Bachelet, United Nations High Commissioner for Human Rights.