Regional Seminar "Democracy and climate change: Which South/South and North/South partnerships to be set up to stabilise transition in South-Mediterranean countries" 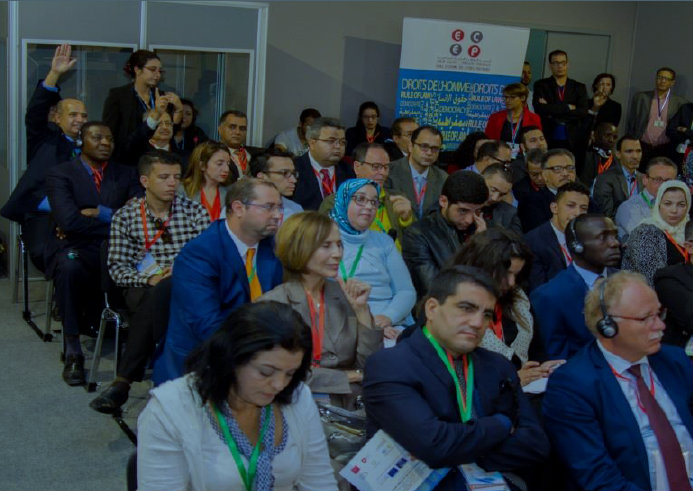 Under the auspices of the South Programme II – a joint initiative between the European Union and the Council of Europe to promote and reinforce democracy and human rights in the Mediterranean region – the Moroccan School of Political Studies organised a regional seminar in parallel to the Marrakech Climate Change Conference (COP22). With support from the Tunisian School of Politics and the Moroccan Coalition for Climate Justice, the seminar was held in Marrakech from 16 to 18 November on the topic of “Democracy and climate change: South-South and North-South partnerships for stabilising transition in the South-Mediterranean.” Experts from both sides of the Mediterranean and parts of western Africa participated in the meeting, representing various academic, political and civil society institutions, as well as regional and international institutions promoting democracy and human rights.  Over the course of the two days, several topics were the object of discussions:

Challenges relating to the stability of the political and democratic transition process in the South-Mediterranean region, particularly cross-border risks and threats to collective security; the fight against terrorism; managing migration flows; and the impact of climate change on the region;

Democracy and climate change: the impact on comprehensive local development; considering in particular the role of local and regional authorities and different approaches to governance responding to climate change; links between governments and citizens and a dialogue for preventing climate change.

Schools at World Forum for Democracy