Schools should include Roma and Traveller history in teaching curricula: Council of Europe Recommendation 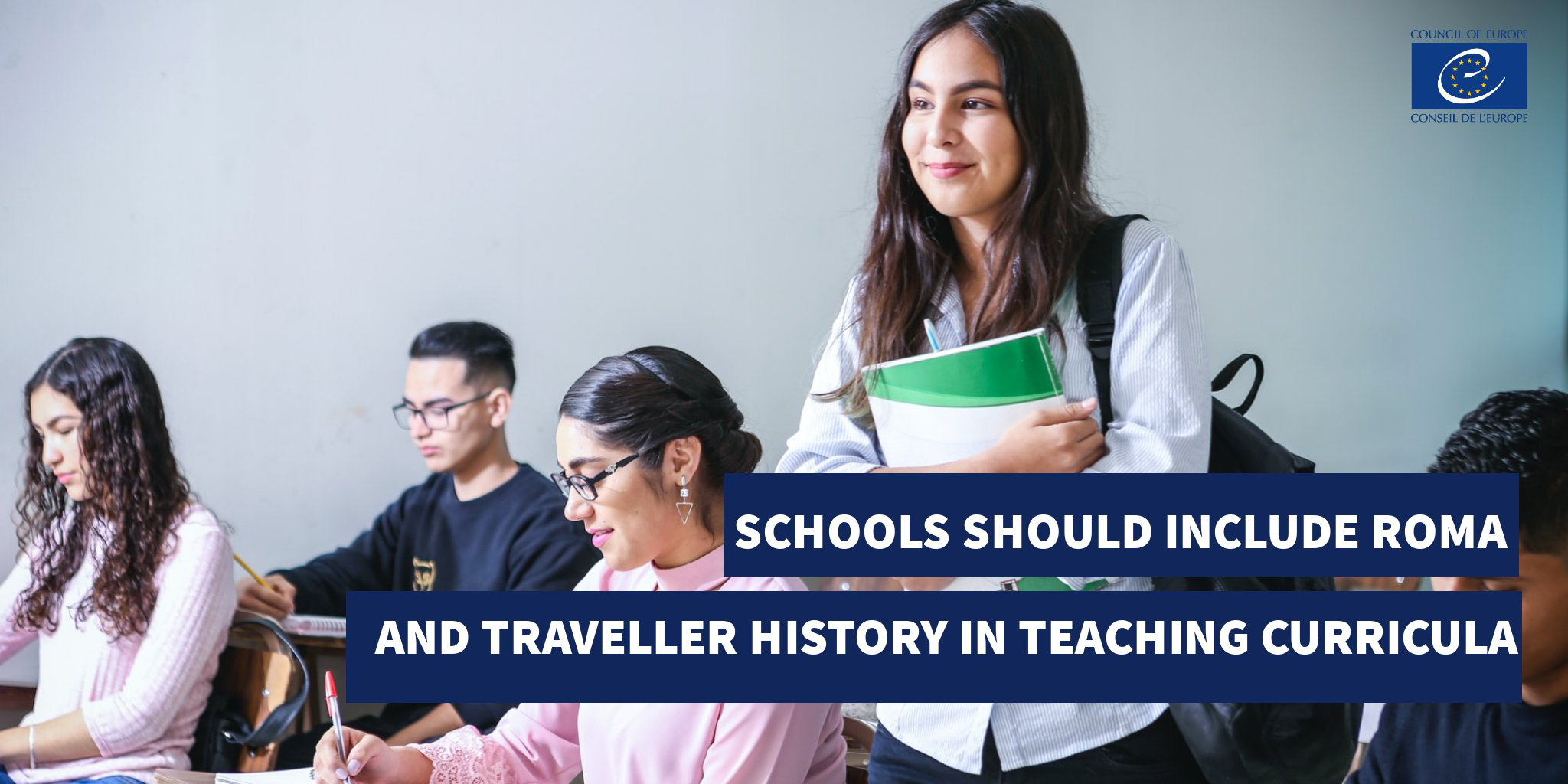 Strasbourg, 01.07.2020 – The Council of Europe’s Committee of Ministers adopted a Recommendation that for the first time ever calls on its 47 member states to include the history of Roma and/or Travellers (*) in school curricula and teaching materials.

An effective tool to combat hatred, discrimination and prejudice, radicalisation, Holocaust denial and revisionism, this Recommendation to include the history of Roma and/or Travellers in school curricula would improve the understanding that Roma and/or Travellers are an integral part of both national and European societies.

The Recommendation emphasizes the importance of teaching the Holocaust, as perpetrated by the Nazi regime and its allies as well as other acts committed against Roma and Travellers across Europe. It calls on governments to integrate activities related to the remembrance of the Roma Holocaust into formal and non-formal education, in connection with the European Roma Holocaust Memorial Day (2 August) or with a date more adapted to the historical context of the country concerned, for example local anniversaries connected with the imprisonment or deportation of Roma to concentration camps.

But such starkly negative historical periods should be complemented by teaching historical episodes when Roma and/or Travellers were not victims. For example, teaching should refer to positive narratives about Roma and/or Travellers’ history, such as their contribution to the local, national and European cultural heritage, and the active role that Roma, Sinti and Yenish played in anti-Nazi and anti-Fascist resistance movements.

The Recommendation calls for countering persistent anti-Gypsyism by offering a balanced and contextualised teaching of Roma and/or Travellers’ history, reflecting both their national presence and historical context and their common history as a people present in Europe for centuries.

For example, teaching should include information on the contribution that Roma and Travellers make to national economies, such as trade, metalwork and other handicrafts, as well as animal husbandry. It should reference the various aspects of Roma and/or Travellers’ history and culture, such as storytelling, literature, religion, music and traditions, while also raising awareness of the “asymmetric social progress and unequal access to social rights” that they have experienced throughout history.

In order to ensure proper education, the curricula should pay heed to historical sources to combat anti-Gypsyism, hate speech, propaganda and fake information, which is so easily communicated on the Internet and in social media.

According to the Recommendation, teaching Roma and/or Traveller history would not require additional class hours, but could be incorporated into various school subjects, such as history, civic or social education, literature, religion or ethics, arts, music or languages, and would thus have limited, if any, budgetary implications.