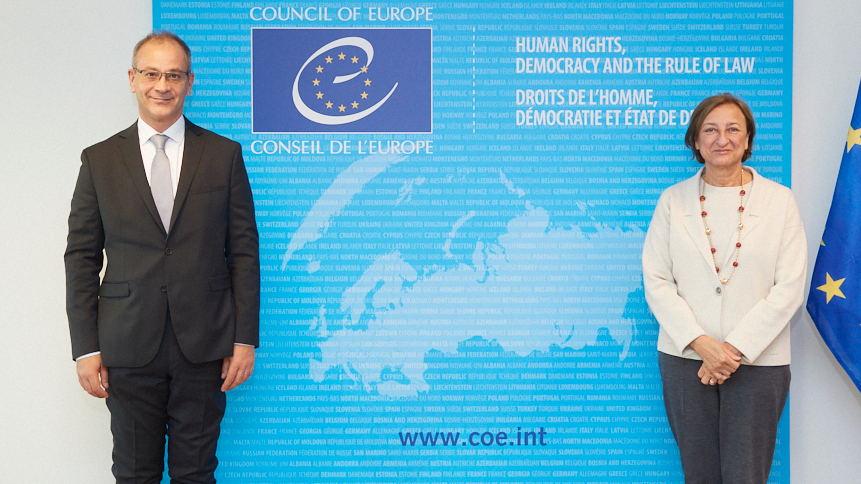 The Grand Duchy of Luxembourg has made a new contribution of €150,000 to the Human Rights Trust Fund (HRTF). This contribution brings their total support to the HRTF to €509,000.

The HRTF brings together seven contributors: Norway (initiator and founding contributor), Germany, the Netherlands, Finland, Switzerland, the United Kingdom and Luxembourg. The total of their contributions amounts to €18,972,096.54 to date.

The HRTF was set up in March 2008 to finance activities that support member states’ efforts in implementing the European Convention on Human Rights and other Council of Europe human rights instruments and contribute to strengthening the sustainability of the European Court of Human Rights. Since its creation, the HRTF has supported 31 projects.

Ambassador Stephan Müller, Permanent Representative of Luxembourg to the Council of Europe, met with Mrs Gabriella Battaini-Dragoni, Deputy Secretary General, on this occasion.