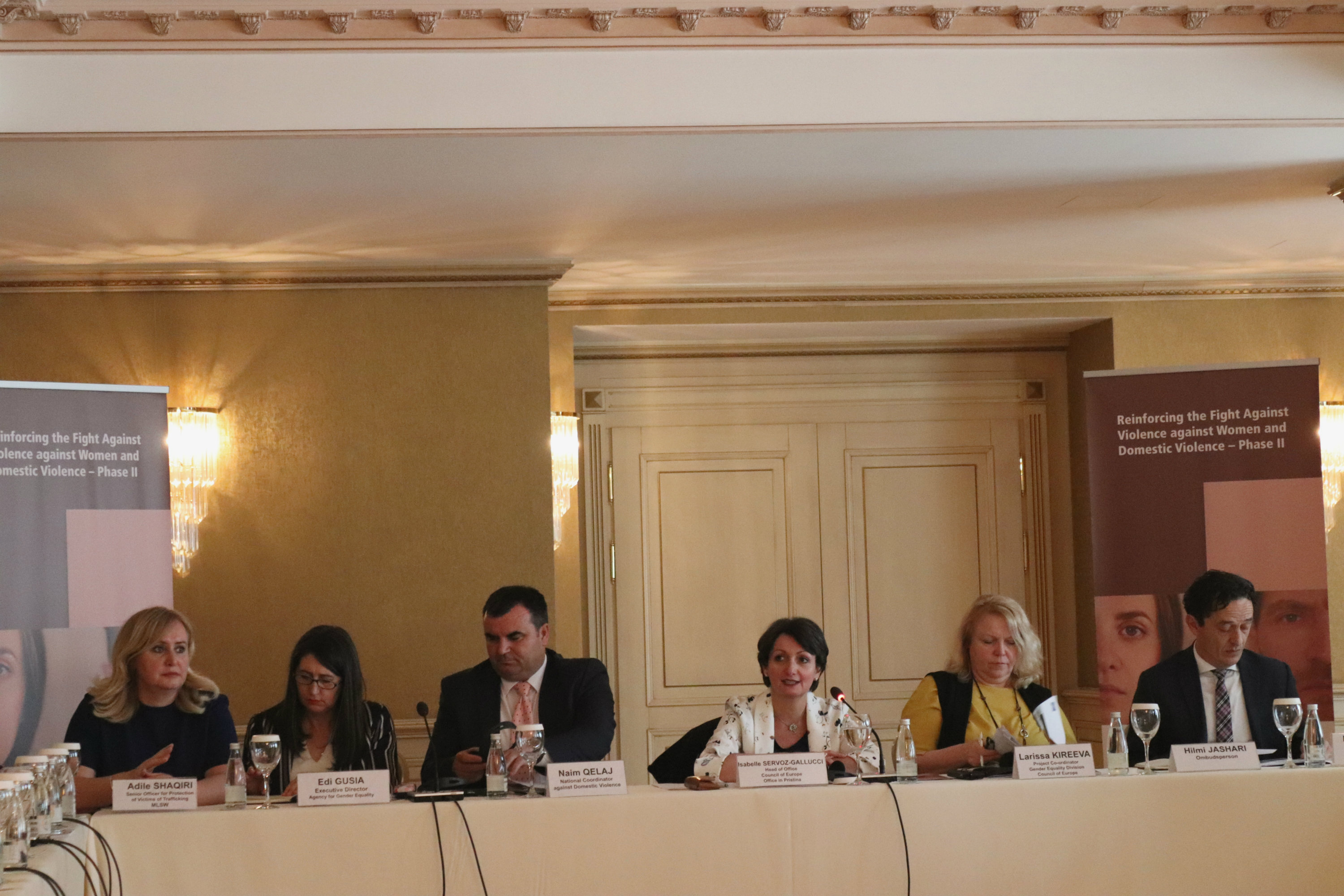 On 15 May 2019, a public event was organised to launch the Council of Europe project: “Reinforcing the Fight against Violence against Women and Domestic Violence in Kosovo*-Phase II”. The project is built on the findings and recommendations of the research Mapping of services for victims of violence against women in Kosovo* developed in the framework of the project’s first phase in 2017.

The aim of the project is to strengthen the capacities of institutions in charge of supporting services for victims, providing justice as well as running awareness raising initiatives to counter violence against women and domestic violence in line with the standards set in the Council of Europe Convention on Preventing and Combating Violence against Women and Domestic Violence - the “Istanbul Convention”).

The event was opened by Ms Isabelle Servoz-Gallucci, the Head of the Council of Europe Office in Pristina, Mr. Naim Qelaj, National Coordinator against Domestic Violence, and Ms. Larissa Kireeva, the Project-Coordinator from the Gender Equality Division of the Council of Europe. A panel discussion gathering more than 60 participants from relevant ministries, civil society organisations and intergovernmental organisations, triggered remarks from Mr Hilmi Jashari, Ombudsperson, Ms Edi Gusia, the Head of Agency for Gender Equality, Mr Valon Kurtaj, Executive Director of Academy of Justice, Ms Adile Shaqiri from the Ministry of Labour and Social Welfare and Ms Merita Limani, VAW DV Project Manager, Council of Europe Office in Pristina.

All participants acknowledged the importance and need of the project contributing to streamlining and implementing standards and methodologies deriving from the Istanbul Convention. 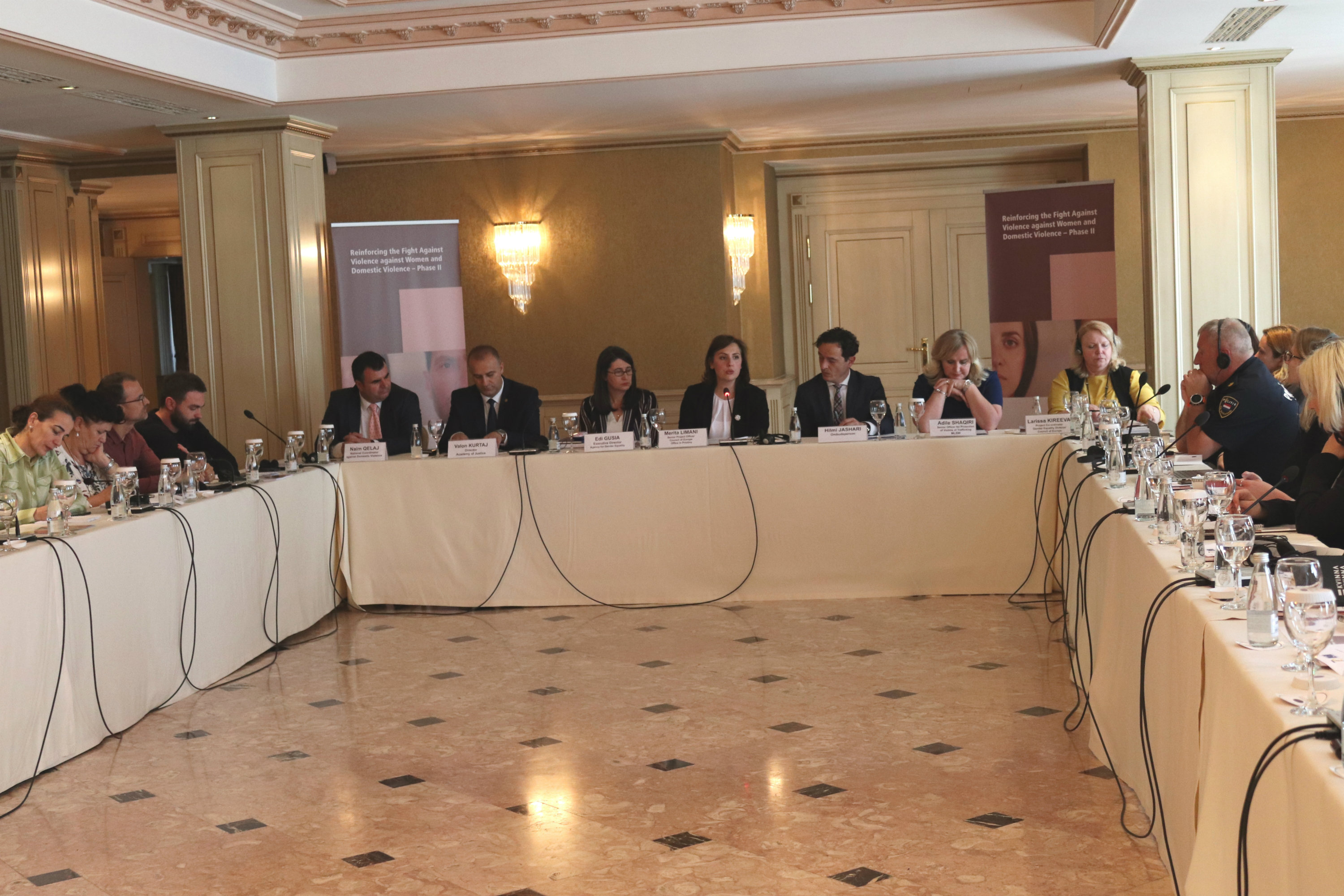 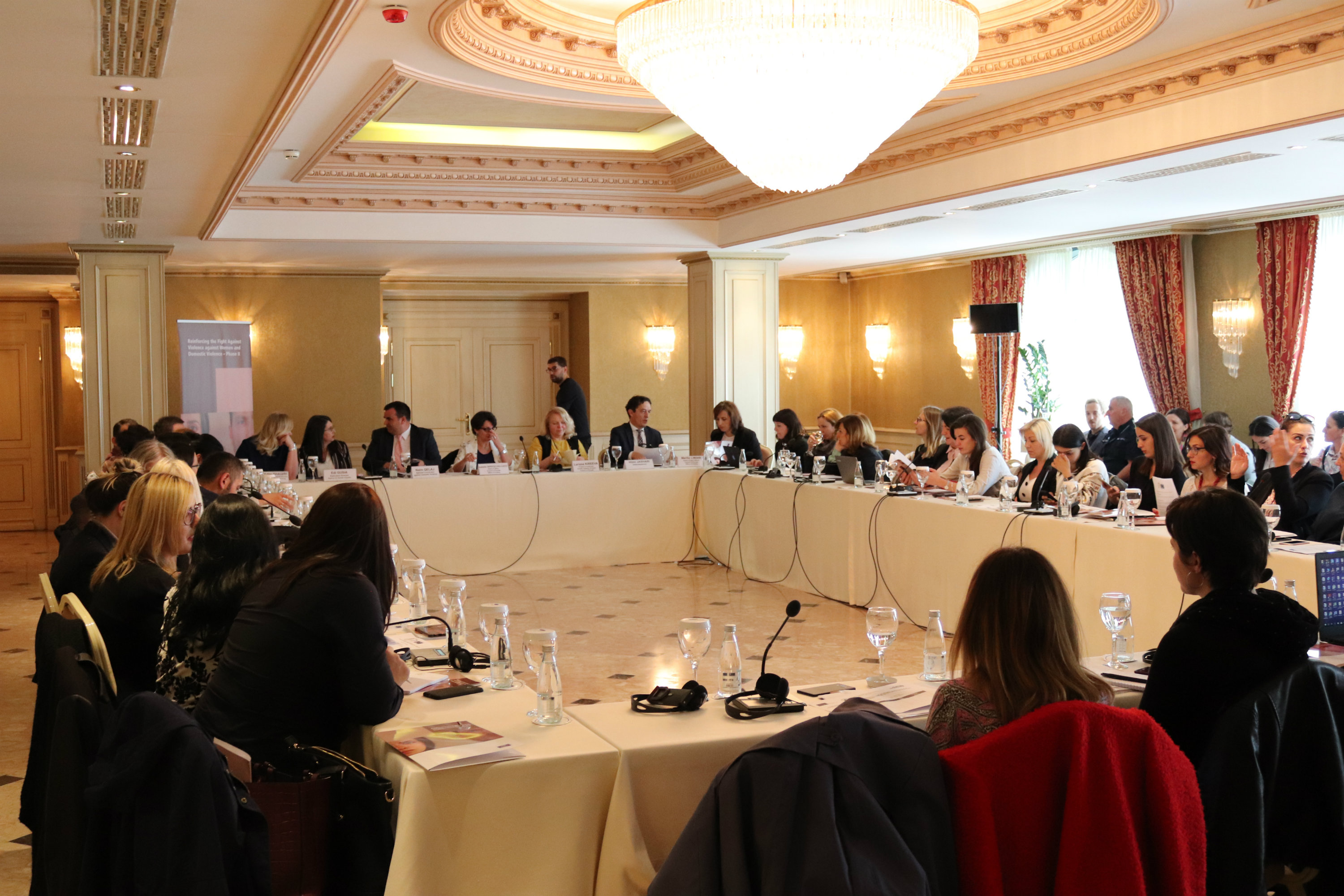 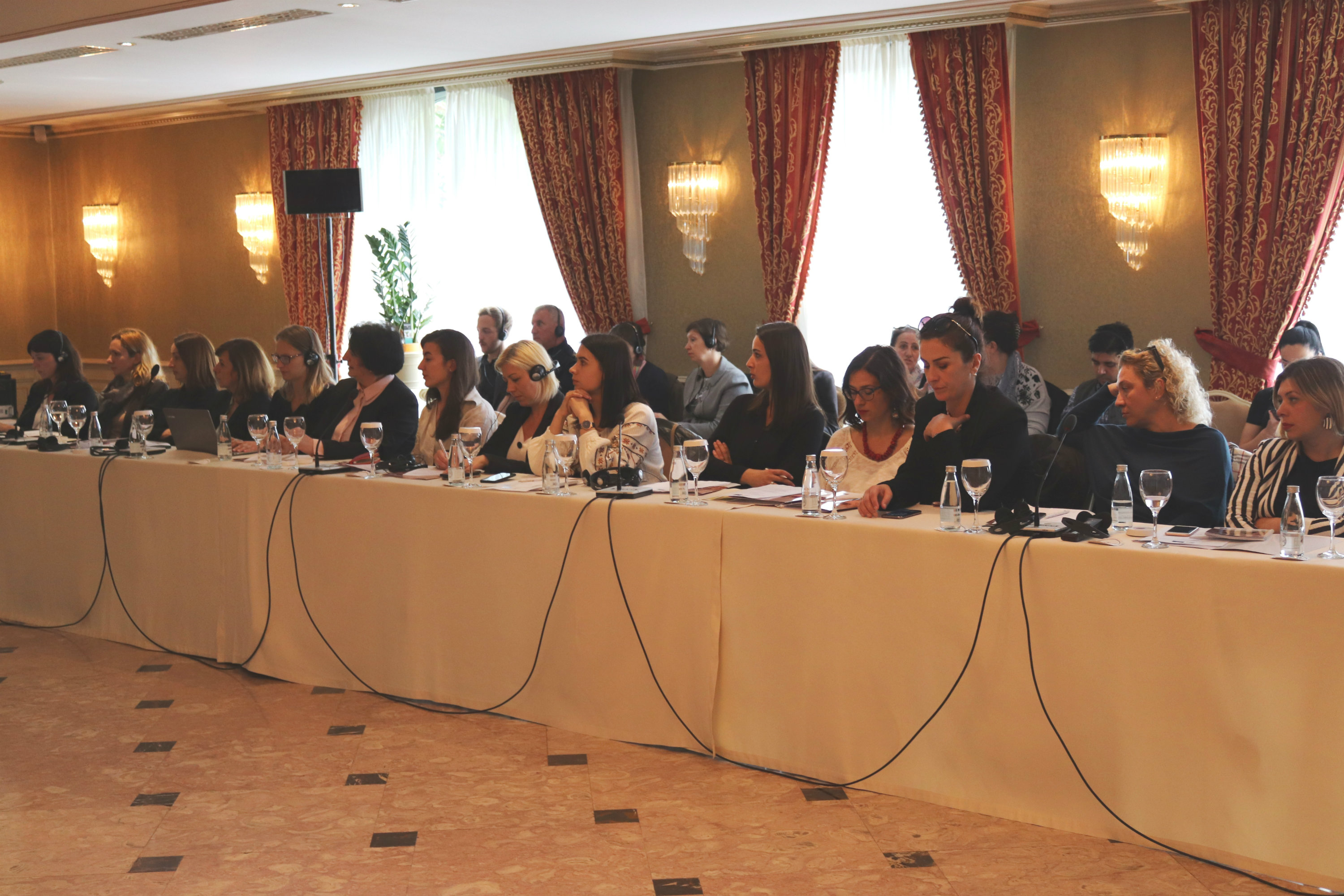 Welcome to the Council of Europe Office in Pristina

The Council of Europe Office in Pristina began its cooperation activities in the areas of human rights, rule of law and democracy in 1999. Since then  the Office has continuously facilitated the delivery of significant programmes of support towards the realisation of Council of Europe standards in practice for all people, assisting key institutions in the process of their democratic reforms.

Our cooperation has so far focused on building the capacities of judges and prosecutors on European Human Rights standards, supporting effective civil society engagement, promoting cultural diversity, providing expert support to legislative development, reinforcing independent institutions such as the Ombudsperson Institution, strengthening the role of the media and working to counteract economic crime and corruption, and elections monitoring. We have also provided the support of our expert monitoring and other mechanisms in line with relevant agreements.

The Council of Europe functions in full compliance with the United Nations Security Council Resolution 1244 and in this context the UN Mission in Kosovo (UNMIK), OSCE Mission, the European Union Office in Kosovo and European Union Rule of Law Mission in Kosovo are among our key strategic partners. Driven by a commitment to addressing local needs, ensuring value-added contributions and reinforcing partnerships, the Council of Europe Office in Pristina actively coordinates efforts with all relevant local and international actors in the field.

You will find further information about the Office, our cooperation and monitoring in the links above, as well as about the work of the Council of Europe in general. 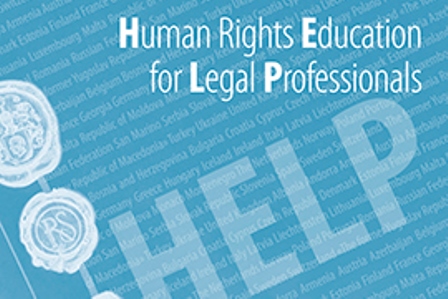 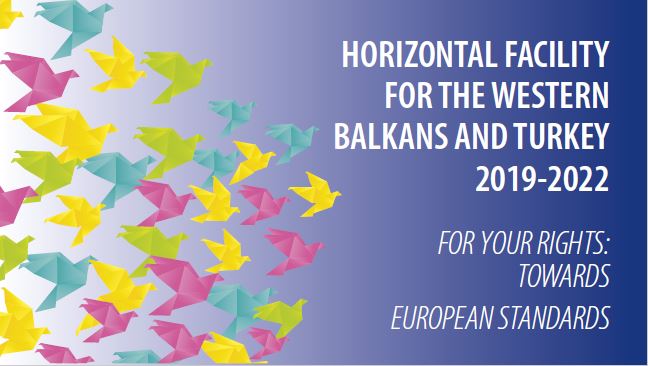 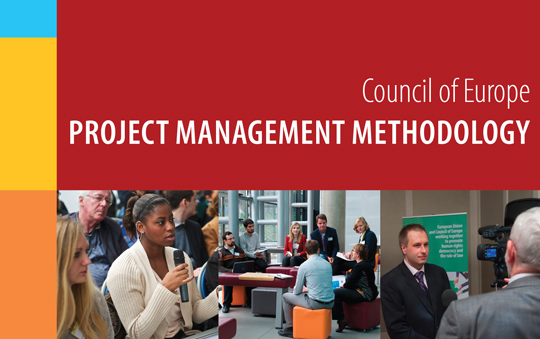