Council of Europe and Arab Spring 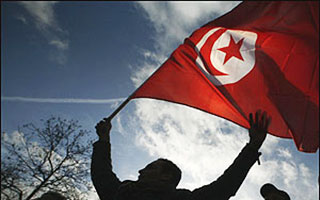 Ever since a desperate man in Tunisia burned himself to death last December, pro-democracy movements have exploded across the Arab world. The revolutionary wave of demonstrations continues to seize our attention, raising headlines and hopes that democracy can replace dictatorship.

After Secretary General Thorbjørn Jagland visited Tunisia in February and offered the Council of Europe's practical cooperation, efforts are underway – from the Parliamentary Assembly and the Venice Commission, to the Pompidou Group and the North-South Centre. 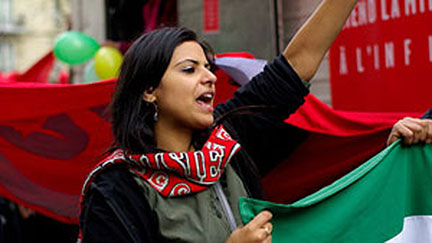 Women have been at the forefront of the Arab Spring. Many relished the promise of positive change when a series of democratic uprisings erupted in Tunisia and spread across Egypt, Libya, Yemen, Syria and the Gulf.

Women took a stand for civil society across the region and strove for a new sense of equality, long suppressed under old, patriarchal regimes.

"By offering a platform to speak out for women's rights, the Council of Europe plays its part to keep women's rights in Arab Spring countries in focus", said author and journalist Souhayr Belhassen, joint winner of the Council of Europe's North-South Prize this year. During a visit to Strasbourg on 12 March 2012, she highlighted a petition published worldwide and signed by thousands of people – including celebrities – urging Arab Spring countries to treat women with dignity, equality and respect.

On the occasion of women's day, Council of Europe Secretary General Thorbjørn Jagland said: "It is important for all of us to recognise the contribution of women in driving progress and reform, and it is essential that women's voices are now heard in building new Arab societies, and in fighting discrimination and stereotypes. If women are again left out, the promising Arab Spring could become a new winter."

In July 2011, Olfa Belhassine, journalist for the Tunisian daily "La Presse", visited Strasbourg to report on the Council of Europe. "In a situation of transition, things are far from simple," she said. She stressed the threat not only of Islamic fundamentalists, but also counter-revolutionaries supporting former president Zine el Abidine Ben Ali, who ruled Tunisia for 21 years. "More than ever, we need journalists to reveal to the public what is happening here, and welcome Council of Europe support for press freedom and democracy."

An award-winning journalist, Olfa Belhassine is not only a top reporter for the Tunisian daily "La Presse", but has also published articles on the Arab Spring this year in major French publications including "Le Monde" and "Libération".