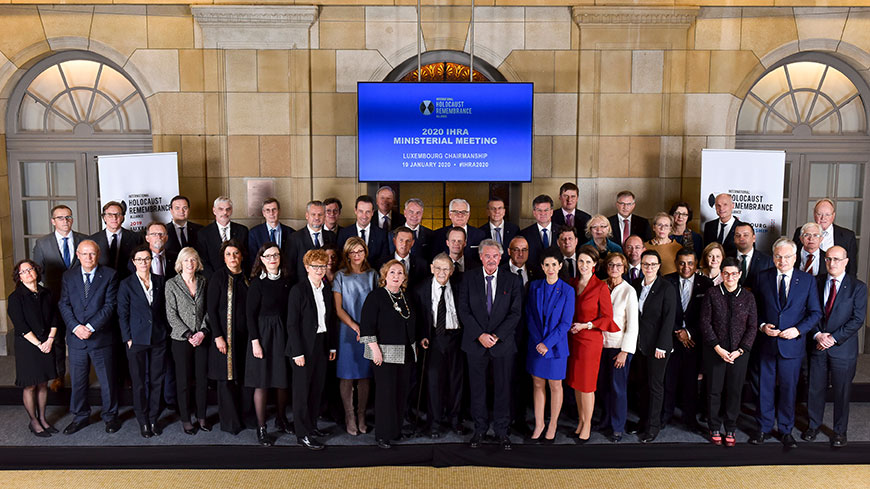 Gabriella Battaini-Dragoni participated in a Ministerial Conference convened by the Minister for Foreign and European Affairs of the Grand Duchy of Luxembourg, Jean Asselborn, presently Chairing the International Holocaust Remembrance Alliance (IHRA). Ministers for Foreign Affairs of several Council of Europe member states, as well as IHRA’s international partners, condemned extremist movements engaging in hate speech and fostering intolerance and discrimination. Innovative measures taken at national level to safeguard remembrance and to fight anti-Semitism were presented.

“The Council of Europe was founded in 1949 to ensure that human rights are protected. Seventy years later, antisemitism is on the rise threatening Jewish people and communities and our democracies as a whole”, underlined Deputy Secretary General.

A new Ministerial Declaration was adopted, in light of relevant commemorations in 2020 and as a follow-up on the commitment of the 2000 Stockholm Declaration (IHRA’s founding text).