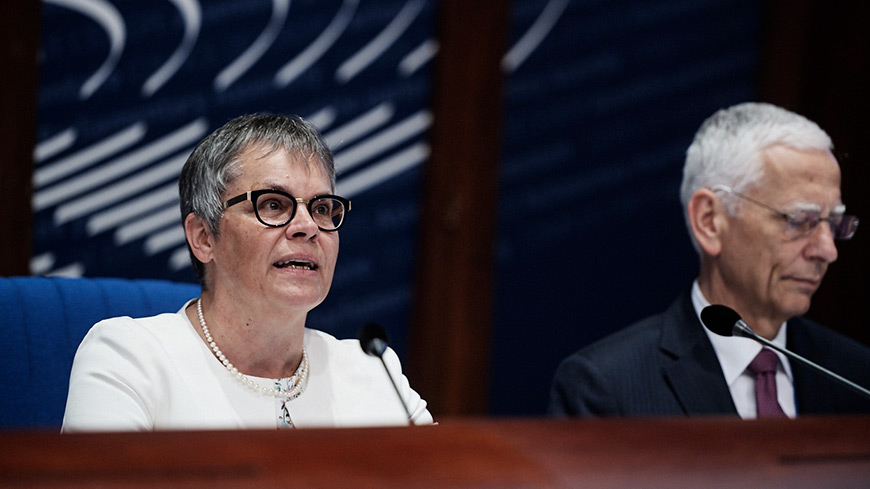 Liliane Maury Pasquier (Switzerland, SOC) has been elected President of the Parliamentary Assembly of the Council of Europe (PACE).

Succeeding Michele Nicoletti (Italy, SOC) – who resigned because he was not re-elected in Italy – she becomes PACE’s 32nd President and the second Swiss representative since 1949. She is the fourth woman to hold the post. Only one candidate was in the running.

In her opening speech, Ms Maury Pasquier recalled that the values of the Council of Europe need more than ever to be promoted, carried and lived, on the European continent and beyond.

“The rise of extremism, violence and repression, in a very tense migration and security context, requires us to tirelessly reaffirm loud and clear what unites us,” she said.