Anders Samuelsen: "The Court must be in a position to ensure the highest protection of fundamental rights" 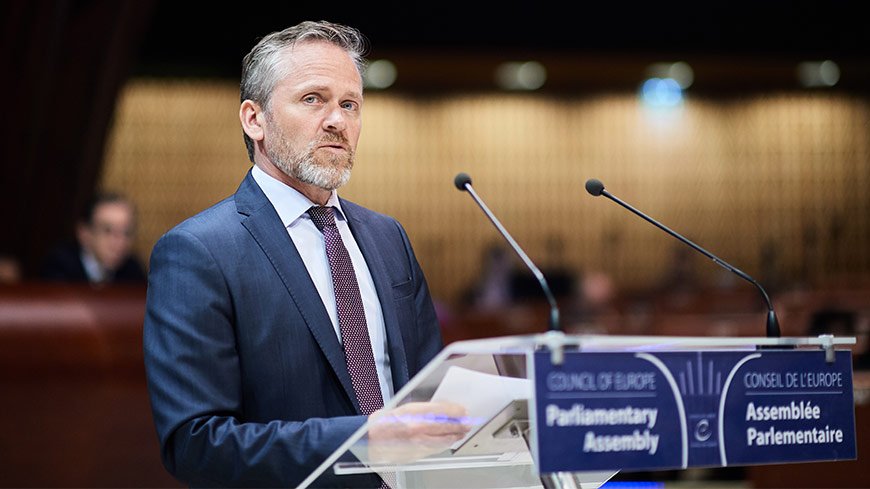 Addressing the Assembly today, Anders Samuelsen, Minister of Foreign Affairs of Denmark and Chairman of the Committee of Ministers underlined the importance of the political declaration adopted on 13 April in Copenhagen by the 47 member States, on continued reform of the European system of human rights – the main priority of the Danish Presidency.

“The Copenhagen Declaration makes it clear that the primary responsibility for guaranteeing human rights rests with the governments, the parliaments and the courts of law of the member States,” he said.

“At the same time, we will improve the ability of the European Court of Human Rights to do its work in a more effective and balanced way, so that it can ensure the highest protection of fundamental rights,” he said, pointing out “the need for increased dialogue between all stakeholders on the respective roles”.

Mr Samuelsen also reviewed the events organised in the framework of the Danish Chairmanship and the results achieved with respect to its other priorities, namely, the rights of people with disabilities, equal opportunities, the involvement of young people in the democratic debate, and the fight against torture.