Striking the right balance between the public interest and individual rights: role of prosecutors discussed in Saint-Petersburg 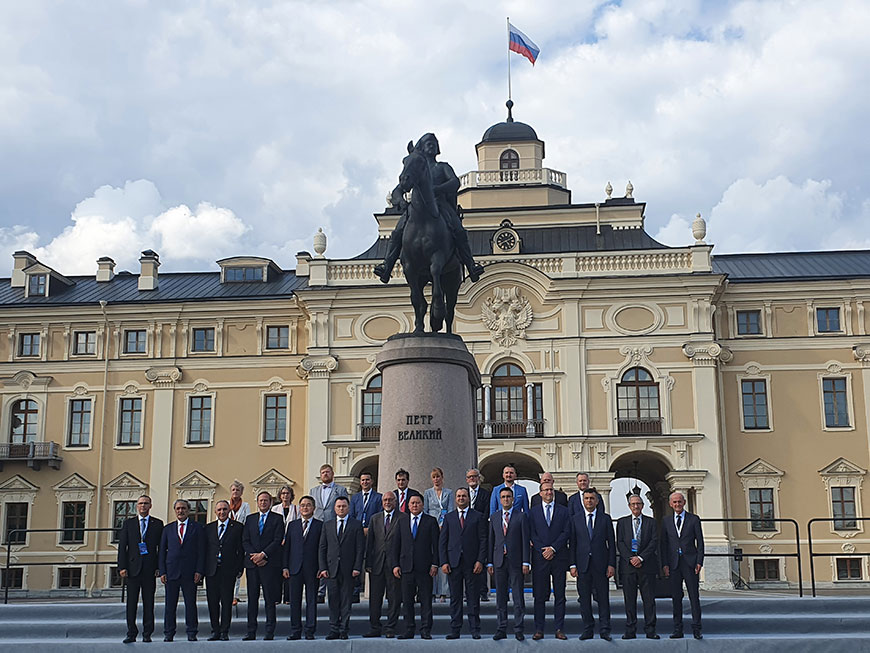 Role of prosecutors in the protection of individual rights and public interest in light of requirements of the European Convention on Human Rights has been the topic of the high-level conference that concluded in Saint-Petersburg today. The Conference was co-organised by the General Prosecutor’s Office of the Russian Federation, the Council of Europe and the International Association of Prosecutors, and attended by participants from 30 countries, including 20 general prosecutors.

In his opening speech on 7 July, Christos Giakoumopoulos, Director General of Human Rights and Rule of Law of the Council of Europe, underlined the important role of prosecutors in the implementation of the European Convention on Human Rights. Striking the right balance between the two is a daily challenge for prosecutors, he noted.

The powers of prosecutors are evolving, Giakoumopoulos said. “The extension of the role of the General Prosecutor’s Office of the Russian Federation and its new power to plead cases in Strasbourg is an important developments,” he said, stressing that “there are so many legal issues that may be better tackled domestically so as to remedy violations quickly and thus to avoid overloading the Strasbourg Court with straight-forward cases for which the case-law has long been settled”.

The entry into force of the 15th Protocol to the Convention in three weeks’ time, enshrining the principle of subsidiarity into the Convention’s Preamble, is important in this context.

Deputy Secretary General Bjorn Berge, in his concluding speech at the Conference on 8 July has underlined that “beyond criminal law, the remit of prosecutors should be to represent the general or public interest, to protect human rights and fundamental freedoms and to uphold the rule of law” in an independent and transparent manner”.

“The new role of the Russian General Prosecutor’s Office, representing its country at the European Court of Human Rights, involves an additional and important human rights responsibility. And it will be central to implementing the European Convention and the Strasbourg Court’s judgments, which requires both individual measures for the applicants, and general measures to solve the broader problems at the origin of the violations.”

Address to the Conference by Deputy Secretary General Bjørn Berge