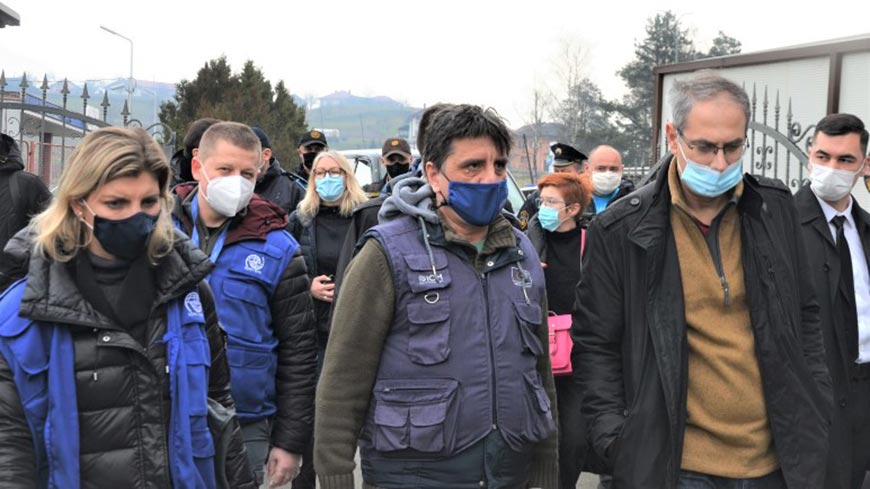 The Special Representative of the Secretary General on Migration and Refugees, Ambassador Drahoslav Štefánek has published a report on his fact-finding mission to Bosnia and Herzegovina. The aim of the mission was to provide a picture of the current situation of migrants, refugees and asylum seekers in Bosnia and Herzegovina with a focus on vulnerable persons, including families with children, unaccompanied and separated children and women. The report is focusing on aspects having a significant impact on the respect for human rights of migrants and refugees, namely: reception conditions, the treatment of vulnerable categories, and access to asylum.

Among the findings, the Special Representative is recommending supporting the authorities to develop and implement a national policy capable of structuring and co-ordinating the country’s institutional response to migratory phenomena, in compliance with international obligations. He is also recommending enhancing the provision of necessary services, including accommodation, food supply and support in Covid-19 prevention, adapted accommodation for unaccompanied and separated children, and response measures among the migrants and asylum seekers – in particular in Una-Sana canton – through financial support by the Council of Europe’s Development Bank, sought by the authorities of Bosnia and Herzegovina.

“At the time of my visit, the conditions in Lipa emergency military tent camp were harsh and dire, in addition to the heavy snowfall. The camp hosted around 1,000 single males, who were living in large military tents heated by air cannons, operated by electricity generators. However, the basic needs of residents were secured. The authorities did their best in the dramatic circumstances and luckily no casualties, nor serious health harm cases were recorded. To prevent the repetition of this winter’s crisis, the establishment of a solid foundation for a sustainable solution in the Bihac area is essential”, said the Special Representative Drahoslav Štefánek.

The report builds on the main conclusions and recommendations formulated in the report drafted by the former SRSG on Migration and Refugees, which was published in April 2019.