Secretary General: countries and international organisations must work together to tackle today’s challenges 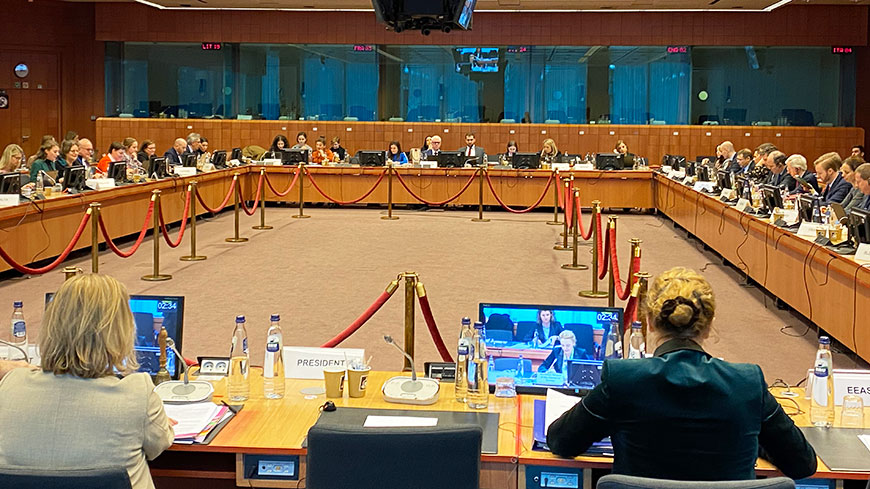 On her first working visit to the European Union institutions as Secretary General of the Council of Europe, Marija Pejčinović Burić has underlined the importance of countries and international organisations working together to tackle modern-day challenges.

Speaking to the EU’s Political and Security Committee, the Secretary General said: “We live at a time of heightened attacks on the very concept of multilateralism.

“But the irony is this: When we think of the great challenges of the twenty-first century, we think of climate change and technology, conflict and migration, violence and discrimination, and terrorism, extremism and radicalisation.

“None of these problems respect national borders. None can be resolved by the unilateral action of any one government alone. All of them have a direct impact on the security of Europe and the people who live here.

“The truth is that their impact reaches us all, directly, or indirectly, and it is only by acting together that we can maximise our capacity to address them.”

During her visit to Brussels, the Secretary General is also taking part in a series of meetings with the President of the European Parliament, David Maria Sassoli, the Executive Vice-President of the EU Commission, Frans Timmermans, Commission Vice Presidents Věra Jourová (Values and Transparency) and Dubravka Šuica (Democracy and Demography) and Commissioners Olivér Várhelyi (Neighbourhood and Enlargement), , Helena Dalli (Equality) and Didier Reynders (Justice).