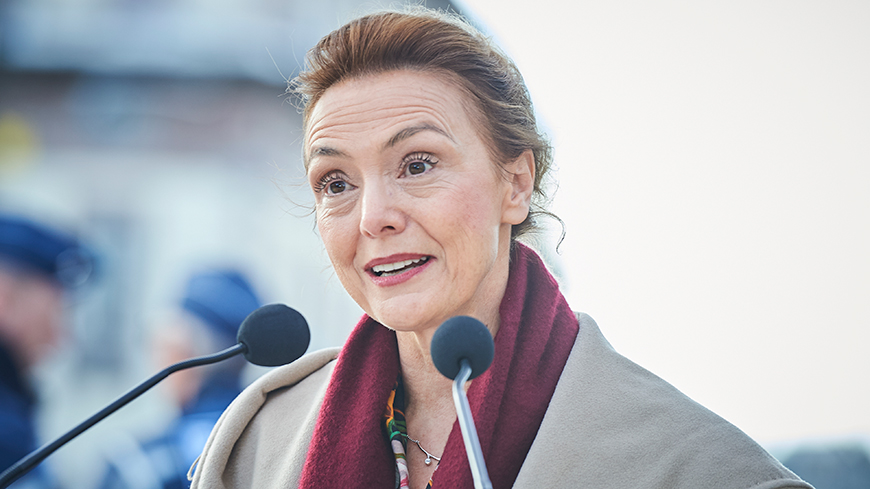 The Secretary General of the Council of Europe, Marija Pejčinović Burić in the opening speech at the 4th Ukraine Reform Conference “Strong Ukraine in a Stronger European and Euro-Atlantic Family” spoke about the important contribution that Ukraine has made to the work of the Council of Europe, the steps taken by the country on the path of reform, and about what needs to be done to advance those efforts further.

Progress has been made, the Secretary General noted, namely in ensuring fairness of the election reform, in decentralising the government, in including Roma and Travellers, restructuring investigation and prosecution services, and enhancing rights of internally displaced persons, among others. “Efforts are underway to ratify our Convention on Preventing and Combatting Violence against Women and Domestic Violence, this is very welcome,” the Secretary General stressed.

Among the areas where Ukraine would benefit from further reforms, Pejčinović Burić named the execution of judgments of the European Court, better protection of minorities’ language and education rights by implementing the Council of Europe’s recommendations and legal standards, as well as judicial reform and prevention of, and fight against, corruption.

“The good news is that every one of these issues features highly in the current Action Plan agreed by Ukraine and the Council of Europe,” Secretary General said, thanking the European Union and the 26 additional donors who have contributed financially to its implementation.